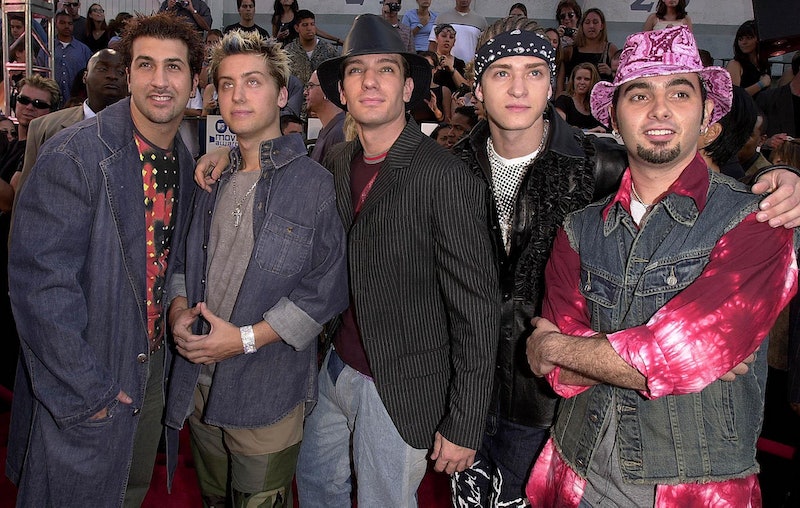 Fast-forward to the year 2015: Thanks to the advent of the Internet, I've seen many of the music videos that were released outside of the United States. (Man. Remember when YouTube didn't exist? How did we get by? We owe YouTube so much.) I've rounded up some of the best music videos from the late '90s that did not air in the US of A. I will share the magnificent videos with you now.

"Born To Make You Happy" by Britney Spears

I've written about this spectacular music video at great length, but I could write at least 10 thousand more words about it. Had this vid been released in America, I'm 100% certain it would've taken TRL by storm.

Hot take: The music video released in Europe was waaaaaaay better than the one that was released in the U.S. Justin Timberlake's bright blue, short-sleeved, zip-up mock turtleneck is everything I've ever wanted out of a blouse.

"Anywhere For You" by Backstreet Boys

Until today, I had no idea this video existed. There are middle parts. There are oversized button-down shirts. And there is one pair of goggles:

"With Me" by Destiny's Child

Jermaine Dupri uses a high-tech Viewfinder to scroll through different scenes. One those scenes stars Beyoncé the Mermaid. I repeat: BEYONCÉ THE MERMAID. THIS IS NOT A DRILL.

"So Real" by Mandy Moore

I always dig a music video set in an enchanted forest.

"When The Lights Go Out" by Five

It's Oculus Rift, Five-style. What more could you want?