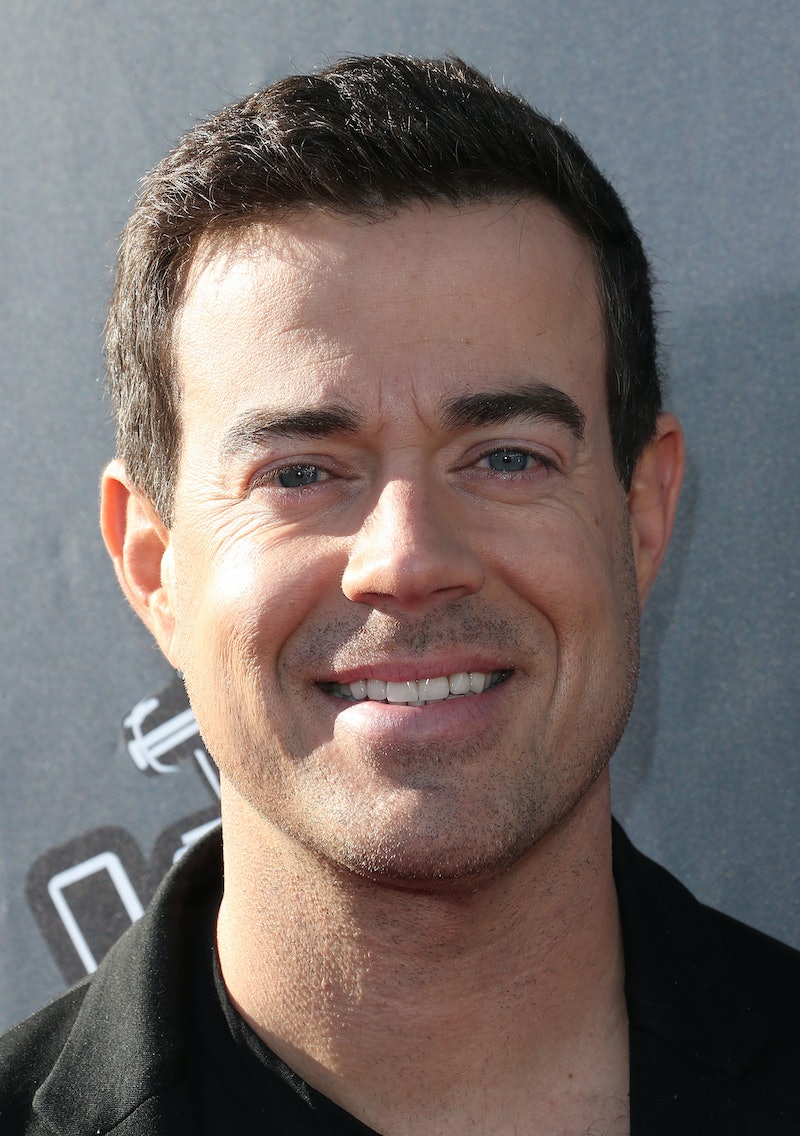 While some of America might just know Carson Daly as "that guy from The Voice ," those of us who came of age in the late nineties and early 2000s know better. Daly was, and somewhere in our hearts always will be, the host of MTV's Total Request Live. Younger readers may not recall the days when MTV actually played music videos (while you're at it, get off my lawn), but the landscape was ruled by magical beings known as VJs. The profession was adored enough that MTV even had its own "Wanna Be A VJ" contest just so the unwashed masses could compete to ascend to the ranks of these exalted video slingers.

Whether you wanted to be one, or just worshiped them, everyone had their favorite VJ. While some may hold soft spots for the Ananda Lewises of the VJ-verse, highest ranking among teenage hearts was Daly, as purveyor of the music channel countdown show to end all other music channel countdown shows. If you found you had a strange crush on Daly, trust us, you weren't alone. In honor of Daly's stint hosting the Primetime Emmy Award Nominations this week, we countdown our favorite crushable reasons why Daly completely dominated the VJ game (and our hearts).

Sure, with all of the crazy millennium fashions to grace the TRL studios, you might not think of Daly as the obvious style choice. But, isn't that part of what strangely attracted us to him in the first place? Our apologies to Jesse Camp, but in a sea of eccentricity that had a tendency to blend together, Mr. Daly's no nonsense white tee and jacket combos were the original counter-culture of the era. Haters and assless chaps to the left.

4. He Dated A Pussycat

Daly's relationship with Tara Reid blessed the world with his out-of-character cameo in the Josie and the Pussycats movie as a baseball bat wielding murderous version of his real life self, who can't help but crush on his potential victim.

3. ...and Was Head Over Heels for a Party of Fiver

As Daly began slowly phasing out of the TRL universe in favor of his own late-late show, Last Call, he started stealing our hearts in another time slot altogether. The underrated chat show was equal parts cool and charming, as evident by when former girlfriend Jennifer Love Hewitt dropped by and he couldn't help but gush and reminisce. A guy who actually has a good opinion about women he's dated and doesn't think she's crazy? Swoon City, Population: Everyone.

2. He Launched J. Lo Into Our Hearts and Lives

Okay, maybe it wasn't Daly single-handedly but he did host the show that many artists used as a platform. We're sure there's tons of music industry folks that determined who got into the TRL rotation, but Daly was there to hold our hands through many career beginnings, (remember, there was a time before J.Lo was J. Lo). Maybe the reason he made so many of us so giddy inside is that he was our first intro to some of our favorite artists. Can you ever really repay the man who brought the first inklings of Queen Bey into your life?

Primarily because he hung out with some of the greatest of the era, like TLC. It's a no-brainer they included an actor portraying a younger Daly in VH1's biopic about the girl group, Crazy Sexy Cool: The TLC Story. He was the most popular kid around — a cute guy-next-door type that had an in with all the latest music. Seriously, it's enough to make a girl wanna go back to 2002 — even if it means donning a velour tracksuit or those really tall sneakers Baby Spice used to wear.