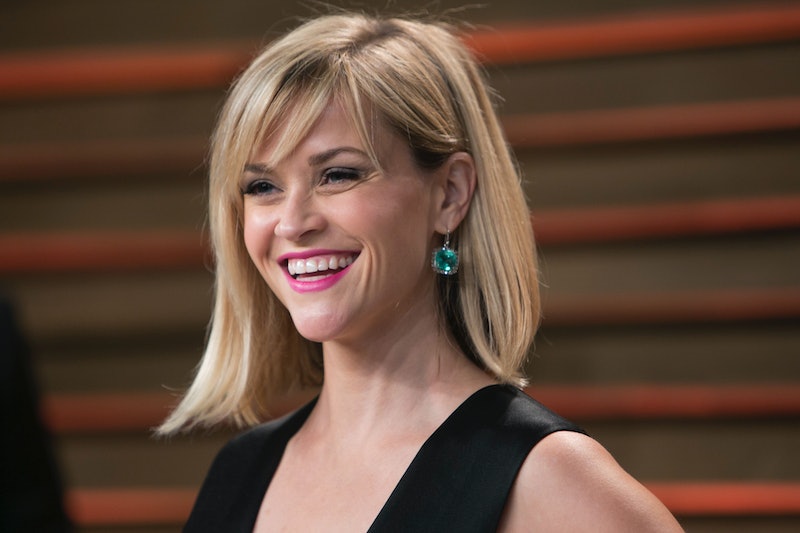 Is it black and blue? Is it white and gold? Those are the two questions about #TheDress making people go crazy, including Reese Witherspoon and Mindy Kaling. Ever since the colorful dress was shared via Tumblr, the world has taken up a good amount of their time battling over its colors (FYI, it's totally black and blue). Well, the same goes for celebrities and #TheDress. As for Wild actress Witherspoon, she responded to the debacle on Twitter and said,

@TaylorSwift @mindykaling Ladies, that dress is clearly white & gold and we are #morethanadress

So, Witherspoon sees #TheDress as white and gold, huh? Yeah, I think she's losing her mind, and so does Mindy Project actress Kaling, who responded to the Oscar-winning actress by tweeting,

“@RWitherspoon: @TaylorSwift @mindykaling Ladies, that dress is clearly white &gold and we are #morethanadress” oh no.

For those unaware, Kaling thinks #TheDress is black and blue, which she tweeted about a lot on Thursday. Also, don't tell her otherwise, or she'll scream at you through tweets, which will aid in her losing her mind even more. We don't want that, even though it's fun to read through all of the actress' tweets. As for Taylor Swift, she also sees it as blue and black, so, yeah, I have a feeling Witherspoon is going to get double-teamed here very soon.

Oh, and anyone else love how Witherspoon slipped "we are more than a dress" into her tweet? Yep, she's uh-mazing.