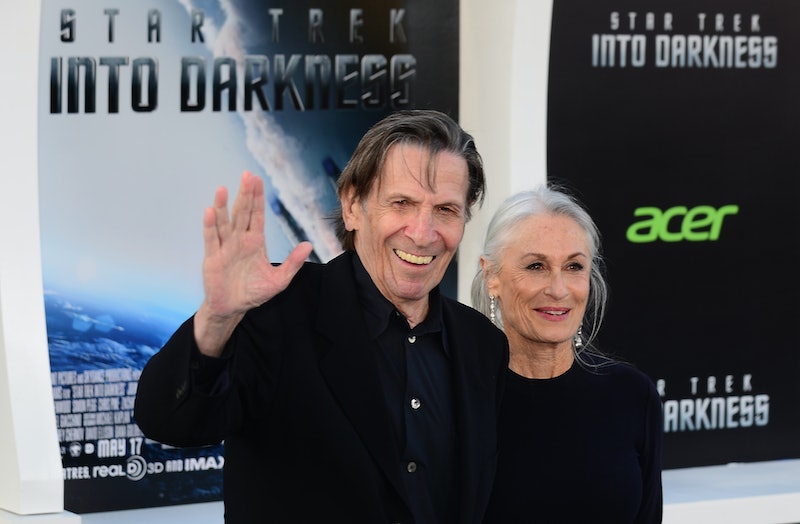 It says a lot about Leonard Nimoy that everything he did in relation to his beloved Spock — the TV shows, the movies, the animated series — barely scratches the surface of what he accomplished throughout his decades-long career. The late actor spent much of his time playing the half-Vulcan, yes, but he also had memorable roles in dozens of other TV shows and films over the years, as well as side gigs as a director, poet, singer and photographer. It seemed that there was nothing the man couldn't do — including being a proud supporter of feminism.

Although it might come as a surprise to some, Nimoy was actually a staunch feminist during his life, standing up for women's rights through both his artistic pursuits and his actions as a human being. His work on the matter was remarkable, especially considering the times he lived in; when Nimoy grew famous, feminism and equal rights were hugely controversial topics. For an actor as famous as Nimoy to stand up for what he believed in, despite the potential for criticism, was extraordinary.

In celebration of the actor's incredible life, let's take a look back at his biggest achievements for feminism:

In 2007, Nimoy published a book of photographs called The Full Body Project , filled with provocative (and often nude) images of plus-size women. According to the author, the aim of the book was to showcase the average American a woman, someone who “weighs 25 percent more than the models selling the clothes," and to go against Hollywood's "fantasy" ideal of what females should look like. The collection received rave reviews, with critics applauding Nimoy's respectful approach to the photographs and his sincere attempt in demanding change within the industry.

Five years earlier, Nimoy published Shekhina , a book of photographs that focused on femininity within Judaism. Although reactions were mixed — some readers felt that the photos, many showing religious Jewish women in the nude, were immodest — Nimoy stood by his work, saying that he was "saddened" by the critics' "attempt to control thought."

His Fight For His Co-Star's Equal Pay

In an interview last year, Nimoy confirmed a report that he'd been responsible for helping get Nichelle Nichols of Star Trek equal pay as her male co-stars. When he was told by fellow cast member Walter Koenig that Nichols wasn't receiving the same salary as the others, Nimoy took the issue to the people in charge and ensured that she was paid fairly. A bold move for any actor, but especially one in the 1960s.

Three Men and a Baby

Although some critics saw Three Men and a Baby, the Nimoy-directed 1987 hit, as an example of Hollywood's backlash to feminism, others viewed it as the exact opposite. I tend to side with the latter; the movie's main point — that men, too, could be attentive parents — is entirely supportive of the movement's goal of equality. Yes, it was about men, but that doesn't mean it didn't contain a wonderfully feminist message.

More like this
At 28, Melanie C Was Falling In Love & Reclaiming Her Confidence
By Olivia-Anne Cleary
Self Esteem's “F*cking Wizardry” Is An Anthem About Knowing Your Worth
By El Hunt
Everything You Need To Know About The 'Knives Out' Sequel
By Bustle Editors
9 Movies & TV Shows That Prove Stanley Tucci Elevates Everything He’s In
By Jake Viswanath and Radhika Menon
Get Even More From Bustle — Sign Up For The Newsletter