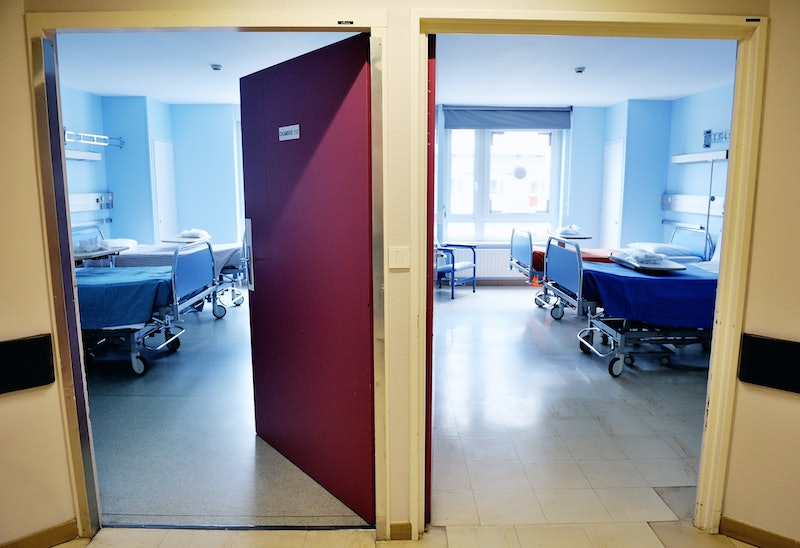 In one of the sadder stories you'll see today, a Chilean teenager is petitioning her government to be allowed to die. Like I said, sad. If you don't like sad, turn back now.

Valentina Maureira is 14 years old, and currently sick with cystic fibrosis, a genetic condition affecting the lungs. Although recent advancements have allowed some people with the disease to live into their 20s and 30s, the condition is eventually fatal. For Maureira, though, treatments haven't been effective. She has already undergone five surgeries, and according to an interview her father gave at a local radio station, "It was promised that things would get better, but for her it got worse."

Which is why Maureira is asking for permission to be allowed to die. Assisted suicide is illegal in Chile in all circumstances, but in a video she posted on Facebook, she has asked Chilean President Michelle Bachelet to make an exception and allow her to "sleep forever." In the video, which has gone viral, she says in Spanish, "I'm asking to speak urgently with the president, because I'm tired of living with this disease, and she can give me the authorization to sleep forever." She adds, "I've already lost an older brother, Mike, to the same disease."

Sadly, it doesn't seem that Maureira's request will be granted. Government spokesperson Alvaro Elizalde told Reuters UK, "We have to be completely clear, the current norm, the current law in Chile does not allow the government to agree to a request of this nature."

It's sad that terminal patients are not able to make these kinds of decisions for themselves, in consultation with their families and doctors. It's an obviously difficult choice, but people still should have the right to save themselves from a slow, painful, and undignified deaths if that's what they personally choose.

As unfair as it seems, there are currently only five states in the United States that have passed "death with dignity" laws allowing doctors to write lethal prescriptions for terminal patients: Oregon, Washington, Montana, New Mexico, and Vermont. Patients in the other 45 states will find themselves in the same sort of situation that Valentina Maureira is in.