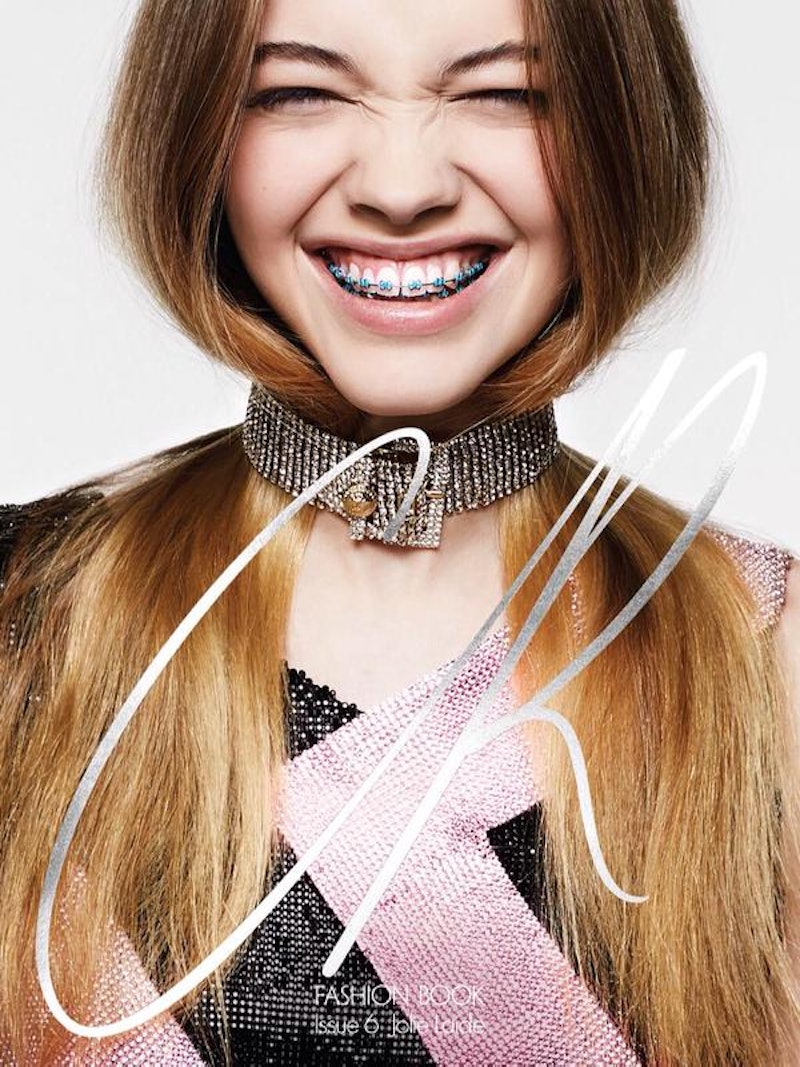 Raise your hand if you’ve ever experienced the public shaming that is being a teenager with a mouth full of metal. No longer, says Carine Roitfeld, who put a Kitty Hayes’ braces on the cover of CR Fashion Book. The cover spotlights Hayes’ ear-to-ear grin clad in baby blue-banded metal. This comes in addition to a growing list of ways Roitfeld is pushing the limits of what qualifies as beauty.

But does this indeed mean orthodontia is leading spring fashion trends? Maybe not. “After putting Beyoncé on my cover last season, I knew there was no way to top the most famous and beautiful woman in the world,” Roitfeld told Women’s Wear Daily -- which, yeah. So instead, she settled on scouting “girls who are mostly unknown but have a special quality that sets them apart, like big ears or a strange smile.”Roitfeld is contributing to an ongoing promotion of body positivity, a movement perhaps most recently evidenced by London Fashion Week’s plus size models strutting the runway at the Evans show. “Skinniness and traditional baby-faced beauty has been valued for years,” says Yahoo’s Lauren Tuck, “but social media’s ability to make public opinion louder than ever has forced brands seems to pay attention to what everyone’s saying.” Hayes' sister commended her adorable cover on Instagram.

Let’s hear it for the awkward kid in all of us. Check out Kitty Hayes' interview over at CR Fashion Book.