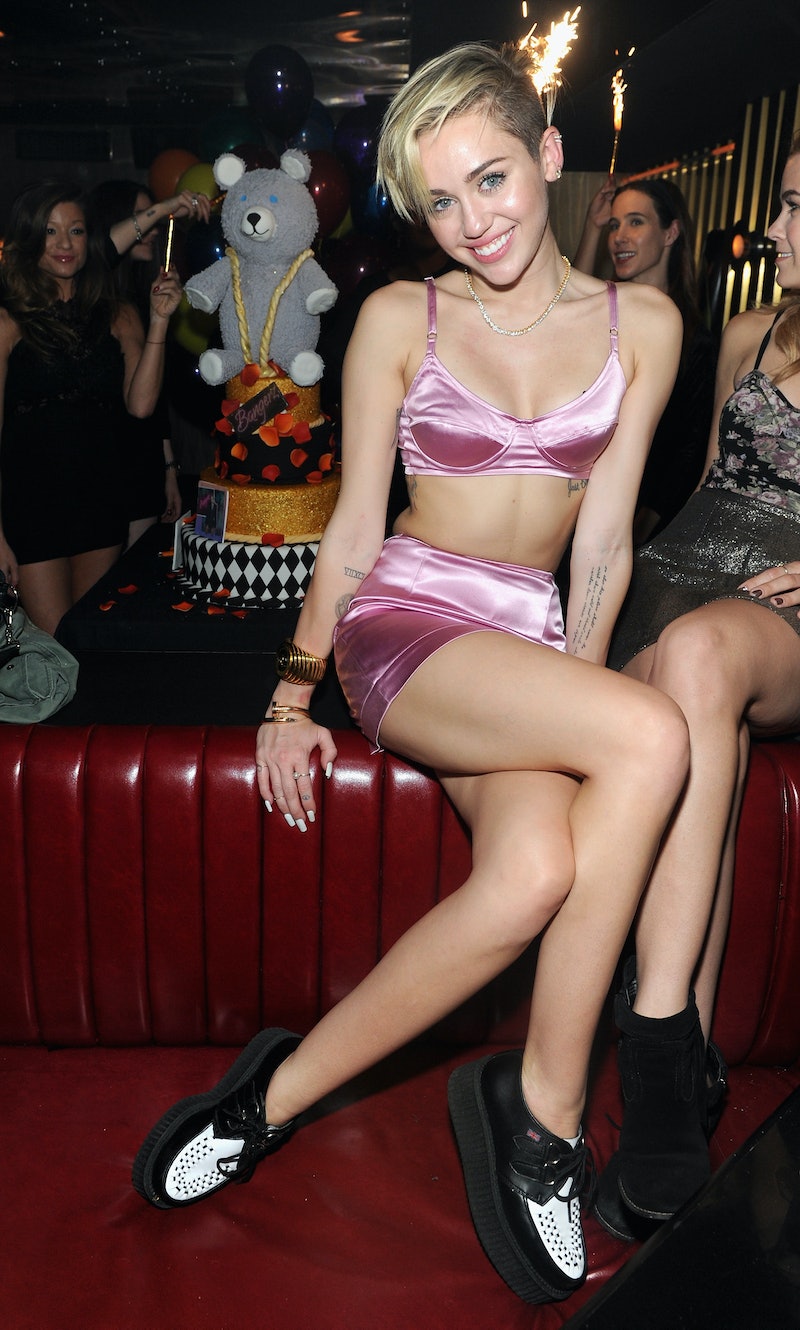 On a pre-taped Ellen airing Friday, audiences finally got to hear Miley Cyrus talk about her break-up for the first since she and Liam Hemsworth canceled their engagement in mid-September. But, as usual, whatever she was actually trying to say got rather tangled up in the headline-friendly Miley-isms that we have come to know and expect. What she was saying, in essence, made total sense: She's focusing on all the good things she has going on right now (which is easy to do when you have two chart-topping hits and pretty much the entire world's undivided attention) instead of what happened with her and Liam. She also tried to say that she is enjoying being single and getting to know herself better, which is nice for her.

But instead it came out like this, "I've never been able to just be alone, and I'm obsessed with being alone and like hearing my thoughts." I'm.obsessed.with.like.hearing.my.thoughts. That was really said. Now, in fairness, a celebrity like Cyrus probably gets significantly less alone time than most of us normal folk, but... what? Was Hemsworth your fiancé or was he O'Brien from 1984 in disguise here? A relationship that drowns out your own voice sounds like a pretty horrific one to be in, although admittedly, Cyrus' "voice" is definitely on full show now and people aren't always sure what to think of it. Can't have it all, I guess?

Cyrus' can-do, pragmatic approach to her very public break-up was pretty damn classy, so it's a shame it came out sounding like an ad for someone seeking an elocution coach. (Which, by the way, she should probably get. You can thank me later Team Cyrus PR. That one's free.) The backlash against Cyrus' new, sexed-up image is fading, but that sense of disdain one gets when she is allowed to talk freely about herself — that is something that might have to change on the long road back towards accepting Miley Cyrus. It's great that she's pushing forward and focusing on the positive, but communicating that as, "I'm obsessed with hearing myself" is probably something that could be worked on.