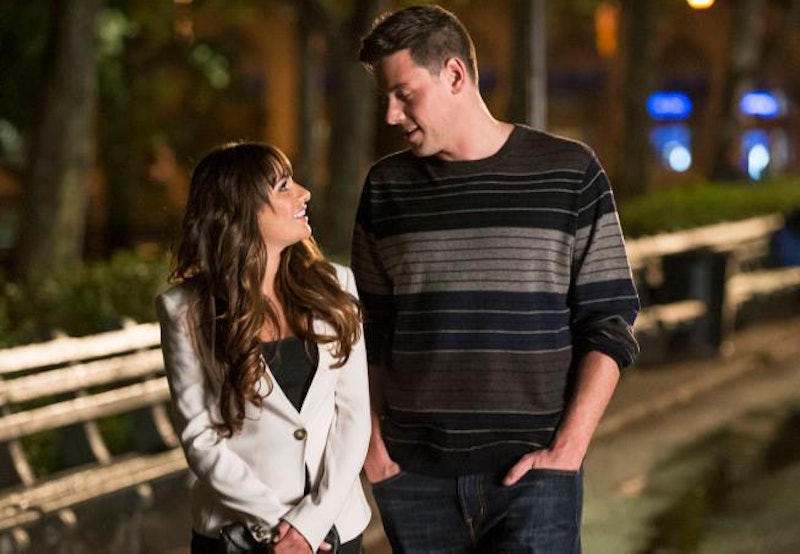 Since the beginning of Glee , Rachel Berry, played by Lea Michele, has always been the insecure young girl with high hopes and dreams to one day be a big star on Broadway. She's a go-getter, and when she put her mind to something, there was almost nothing she could not do. And for the other students at McKinley High, it was kind of exhausting. Solo after solo, continued success while the rest of the students sat in the choir room and faded into the background. Even though she was not the most well liked person in high school, there was something no one could deny — the girl had talent.

While Rachel Berry had personal goals with her career, she also had personal motives with her love life. If you do not recall the whole Finn-Quinn-Rachel love triangle, things got pretty nasty as two girls fought for his attention in Glee club, but in the end it was Rachel who won his heart. In the past six seasons, Rachel has had quite the “list of ex-lovers,” as Taylor Swift might say. From Finn to Puck, to Finn to Jesse St. James, and back to Finn again, her charm and killer vocal range (perfect for Glee power couple duets) is one to be envied. Here’s the definitive rank of everyone Rachel has dated on Glee, from worst to best.

Sorry Brody, but no one really likes you. Yeah, he had a good voice and all, but he had too many secrets we all know he was merely a rebound from Finn.

Sure, Sam has been totally sweet to Rachel this past season, but in comparison with everyone else she's dated, the two lack chemistry. And who really moves on that fast from a breakup? If we're being completely honest here, Samcedes was endgame for me.

Come on, don't act like the stereotypical good girl and bad boy thing wasn't cute. And as Puck would say they made a "hot Jewish" couple.

As villainous as he was at times, Jesse was basically the male counterpart to Rachel Berry. You couldn't deny their amazing musical connection.

I feel like it's wrong to rank Finn Hudson as anything but number one for Rachel. Really, these two were the show's main couple (on and off screen). He will always be Rachel's OTP.