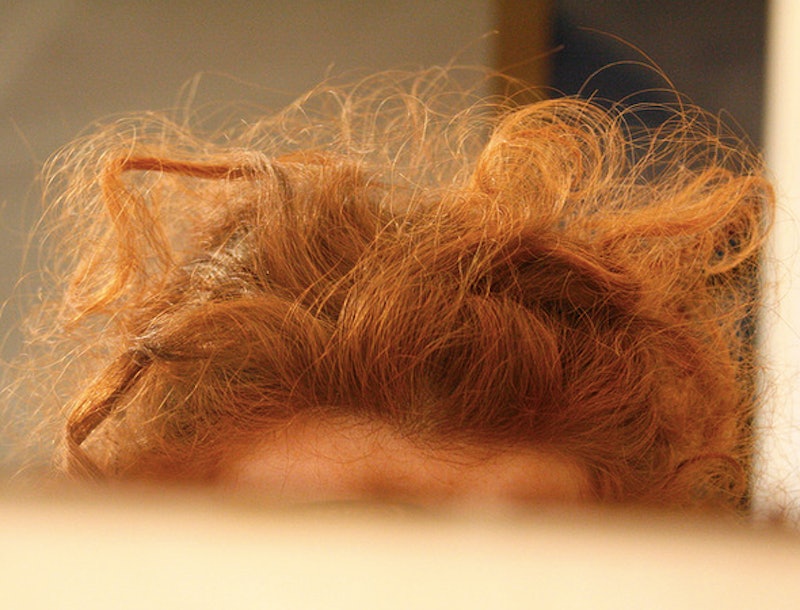 Even after the masses called for Apple to increase emoji diversity, it looks as though the world of iMessage characters is still horribly lacking when it comes to one category of people: Gingers. But one brave woman has taken it upon herself to draw attention to this largely overlooked group, creating a petition for redheaded emojis. Because you know Fred Weasley would have wanted it.

The woman in question is Emma Kelly, who runs a ginger-centric website called Ginger Parrot (its tagline is "all things nice and gingerful"). Kelly, who is ginger herself, was not pleased when she saw that Apple’s new emoji offerings left out this particular hair color; subsequently, she took to Change.org to ameliorate the situation. On the campaign page she writes,

"Despite the recent racial and sexual 'diversification' of Apple's emoji to be released in the next iOS 8.3 update, there's still an important group of people missing from the emoji family of 300 new symbols… Redheads. In all their glorious gingerness, they've been missed out. Again. If you say you're going to diversify, why not add a few red-haired emoji in the mix?"

So far, the cause has over 2,300 signatures. The Guardian initially reported that Kelly planned to collect around 10,000 before she sent the petition to Apple; however, its current goal according to Change.org is only 2,500 signatures, so it looks like she'll be reaching her goal (or at least, a goal) soon. We have no doubts that Kelly will get the signatures she needs — whether it be from those who truly want to “make the world a little more ginger,” or from people who are simply entertained by the quirky cause.

Although it's unlikely that the Unicode standard will eventually include every type of quirk there is (it's a big world, after all), here are a few other groups of people who might consider banding together to fight for a more varied, and perhaps more colorful, selection of emojis:

When I said "more colorful," what I really meant was including people with heterochromia iridum in the mix.

Why is the girl in the pink shirt always raising her right hand? Doesn’t she know that some of us have a different dominant side?

Sure, there is an emoji of actual glasses, but why is no one wearing them? Are they ashamed? It's time to take pride in our spectacles.

4. People Wearing A Sling Due To A Broken Arm

I mean, how did they forget about people with broken arms in the first place?

5. Any Cats That Aren't Yellow

Think about it: Have you ever met a cat that shade of yellow? It's far more common to see white, brown, black, gray, striped, and — yes — ginger cats. Let's not leave them out.