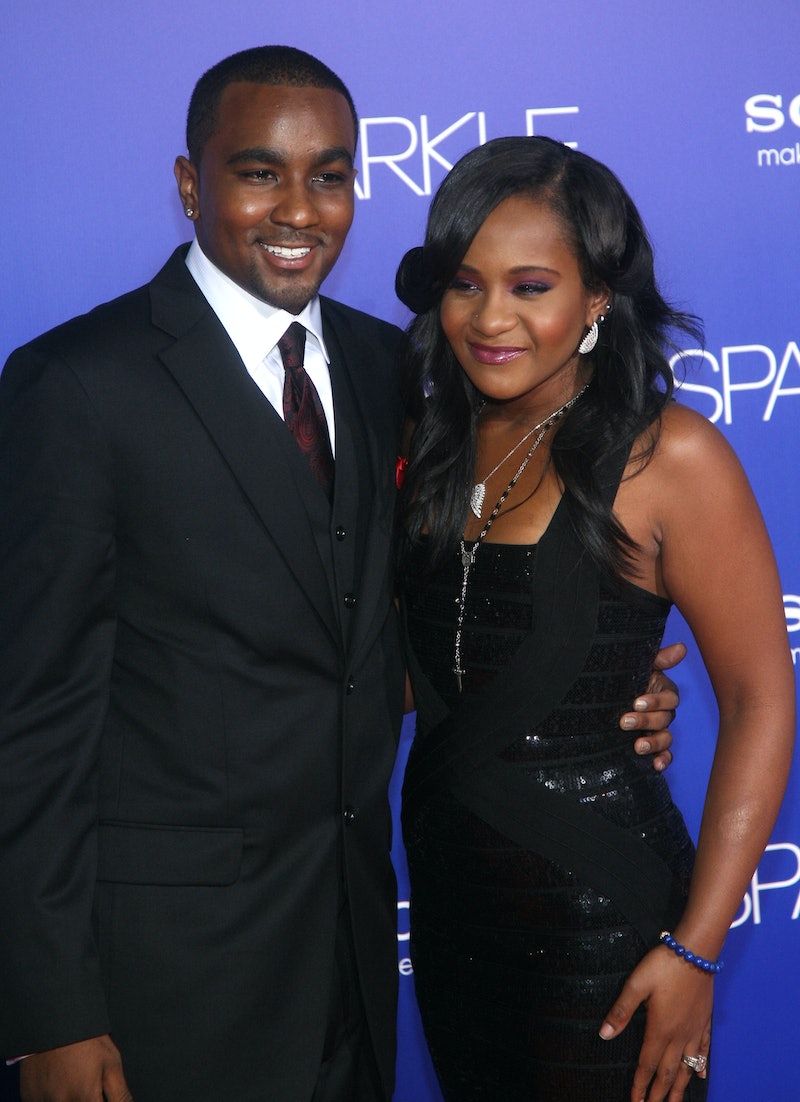 To us on the outside, the latest report about Bobbi Kristina Brown, that she remains on life support after she suffered a series of seizures when she was taken out of her medically-induced coma, seems to signal a very grim prognosis. But as for her family, they continue to pray by her bedside as she remains at Emory University Hospital. Unfortunately, that does not mean that the drama surrounding her situation has not continued to escalate. Her father, Bobby Brown, has engaged in some public spats with Nick Gordon, Bobbi Kristina's boyfriend, regarding his visitation rights at the hospital, but Gordon seems to have put aside the negativity to re-focus his energy on her condition. Nick Gordon sent Bobbi Kristina birthday wishes via Twitter on March 4, her 22nd birthday.

A few days earlier on March 2, Gordon wrote a series of tweets forgiving Bobby Brown, and wishing they "could get together and deal with this as fam." Although Bobby Brown has yet to respond publicly, this is a promising move on Gordon's part to attempt to smooth things over with Bobbi Kristina's family.

One can say what they will, but it is clear that Gordon and Bobbi Kristina did share a very close and loving relationship. In a sweet gesture, Gordon shared that he was watching The Hobbit for her, which he says is their favorite film to watch together.

Since the news of her seizures, there has not been a further official update on Bobbi Kristina's condition from her family or those notorious "sources," but Gordon posted on March 2 that all of her vital signs were positive and that he had the chance to give her CPR for ten minutes, confirming that he has since been allowed to visit her at the hospital.

We don't know the true nature of their history, but if Bobbi Kristina is in any way aware of her surroundings, having the man who she loved by her side can only be positive.

More like this
Everything To Know About Netflix’s 'Never Have I Ever' Season 4
By Jack Irvin and Gabrielle Bondi
What Is Megan Thee Stallion’s Net Worth? The Traumazine Hitmaker Isn’t Worried About A Budget
By Hugh McIntyre
Meet The New Team Of Residents Joining 'Grey's Anatomy' In Season 19
By Brad Witter and Sophia Moore
Megan The Stallion’s “Anxiety” Song Shouts Out Britney Spears & Whitney Houston
By Grace Wehniainen
Get Even More From Bustle — Sign Up For The Newsletter