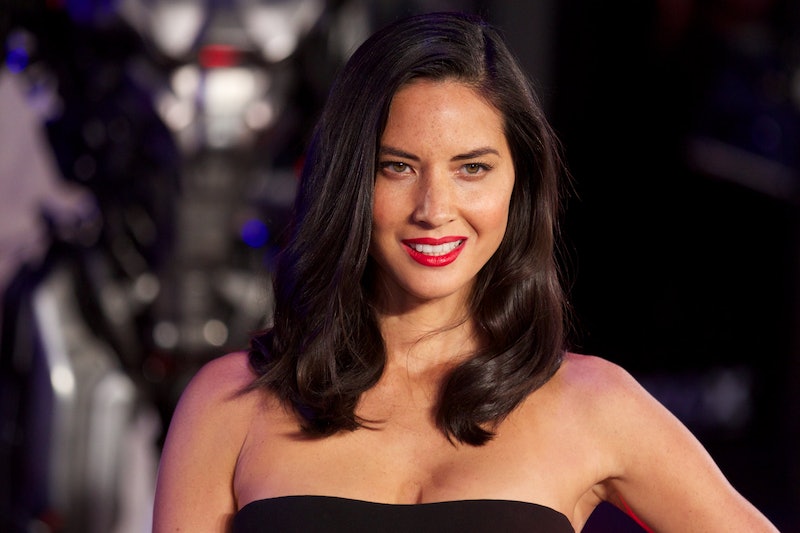 A 5-year-old asked me once: “What color are you?” I had just turned thirteen, so I wasn't exactly an expert yet on conversations about ethnicity. All I could have told you then was that a teacher at my school said I "added diversity to the neighborhood".

She twirled her skirt side to side, cocked her head and whispered with a cute smile, "Gray".

Not much has changed since that humiliating moment. Nearly everyone, whether they take the form of interested colleagues or potential suitors, is puzzled by my mysterious ethnicity (half Korean, half Italian, now that you ask) and seems unsure how to initiate dialogue about it. In a world where race is constantly in the conversation, there actually isn't much discourse focused on the multiracial crowd.

But it’s time for a change. We’re naming ourselves and our community more loudly than we ever have before. The 2000-2010 Census revealed that the number of American individuals who identified themselves as multiracial increased by 32 percent, for a total of nine million. The majority of the multiracial group selected two races to describe their heritage; the black-and-white community skyrocketing 134 percent, and the Asian-and-white populace is up 87 percent.

We can expect a lot more diversity showing up on the faces of the next generation, changing our idea of what the average American looks like. So by all means, initiate a little chat with an ethnically-ambiguous friend about their identity. But to get you started, here are seven phrases I’ve encountered that you might want to avoid saying.

I would have a retirement fund stored for myself and half of my extended family if I got a nickel for every time I heard this. By the time I hit my 20s, I wanted to shake each inquirer by the shoulders and scream, “I am like you! We are made of the same molecules! I am a Who, not a What!”

No matter the variation I’ve used to answer it, this inquiry keeps coming back to me and every other multiracial person I’ve met. Might I suggest rephrasing the question: “What’s your ethnicity?” Or, try this slightly more technical one: “Are you by any chance of mixed race?”

This always comes right after I tell them I’m from Richmond Hill, GA. Confusing, I know, and, trust me, it was puzzling for my hometown when we first moved there, too.

If you want to get to the bottom of someone’s heritage, asking where they’re from reveals very little. Asking it a second time gets you absolutely nowhere. My advice? Just get straight into asking about the person’s racial background. Don’t be shy. And definitely don’t, under any circumstances, assume they’re not from this country because they don’t look like a character from Friends.

Sure, my friends were somehow trying to pay me a compliment when they told me this. But I was internally wrestling with my Korean-Italian identity at the time, and this only jumbled me up more. I may be part Asian, but I don’t call myself an Asian.

Heaps of Americans struggle with identity crises like this, especially because we still live in a world where we’re encouraged to check off a single box in the race category. And by tossing around stereotypes, we’re only confining each other to subscribed ethnic boundaries.

4. “OMG you're gonna have the cutest mixed babies!”

Don’t get me wrong, I too like to browse through Buzzfeed pics of Seal and Heidi’s kids over my morning coffee. Princess North also makes me weak at the knees.

But multi-racial children are sometimes paraded around as tokens, much like memes of doe-eyed German Shepherd puppies that bring you a smile after you had a fight with your mom. Consider this: I doubt you would turn to a family in line for a latte, peer into the stroller and utter, “Seriously, I love Indian babies! They’re so adorbs.” Your heart would be in the right place, yes, but see how this is problematic? It's no different because we're mixed race.

That's riveting, truly, but I said I was Korean and Italian.

Ever see My Big Fat Greek Wedding? Toula’s soon-to-be-in-laws spend several awkward minutes desperately trying to remember if the husband’s former secretary was also from Greece. They rack their brains. Actually, she was from Armenia. No, wait! It was Guatemala. She was from Guatemala. Toula handles the whole thing with such grace, I want to give her a big hug and some tequila.

The scene is hilarious because of its absurdity. Everyone in the “other” racial category shouldn’t automatically be grouped together. Avoid naming off everyone you’ve bumped into who might be ethnically interesting in an attempt to relate to us.

Seriously, this has happened to me many times. Cue the close examination, the leaning in and scanning my facial features. There’s talk of how my eyes give away the Korean thing, but I’ve got the Italian chin, blah blah. Then they insist on documenting my face.

This is not a fun game.

We still get hung up on what physical attributes match each ethnicity, and how they come together on the face of a mixed person. It’s not like a jigsaw puzzle. Or simple addition. Each “combination” will manifest itself differently. As much as a small part of me wishes cameras flashed at the sound of my footsteps, requesting a picture as if I’m some mascot isn’t the best idea.

Have you ever looked up the definition of exotic in the dictionary? One definition is an adjective meaning “of, relating to, or involving stripteasing.” The more common, official definition is a word that describes someone or something not being fully assimilated, “not native.”

I’m not exotic in either sense of the word, and neither is the majority of the multiracial community. We are of mixed heritage precisely because we are from here, the United States, the melting pot of the world. To call us exotic is to set us apart even further from the society we feel most at home in.

Sure, you can tell us we look unique, maybe even beautiful — but only if you really think so. We love compliments like any other human being, as long as they come from an authentic place.