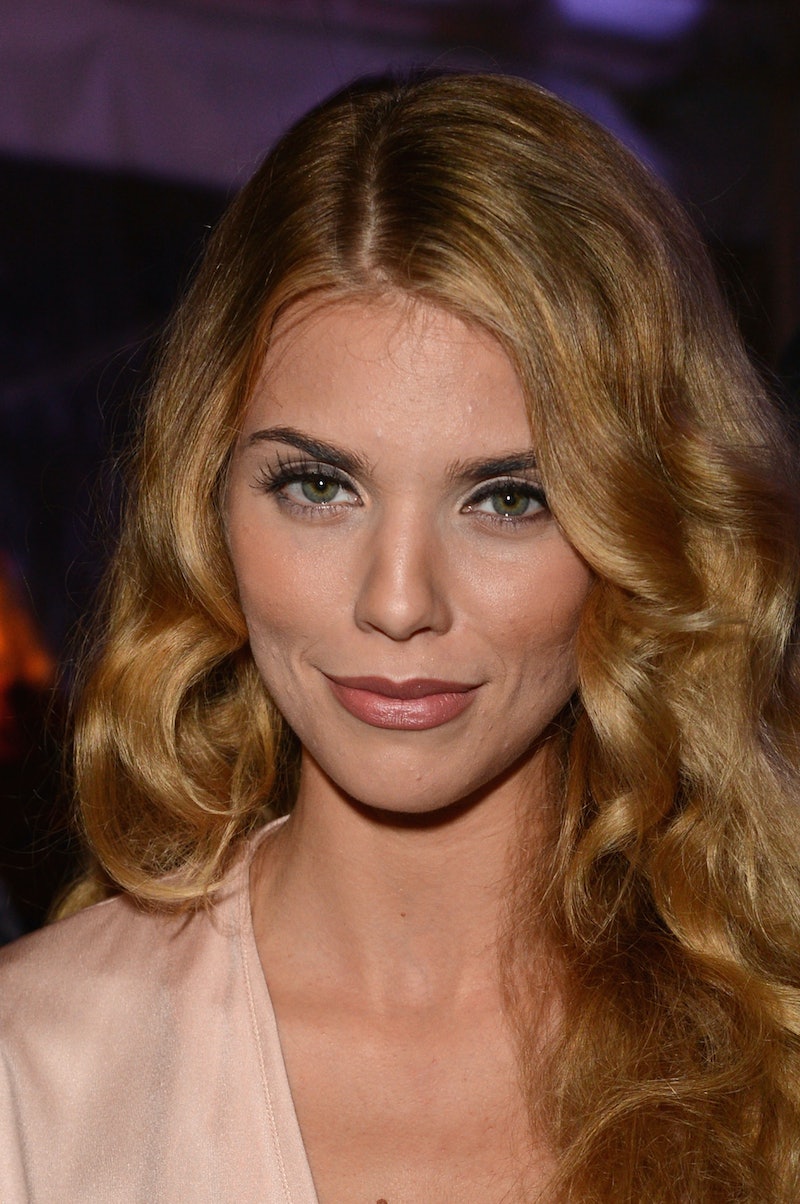 The Internet can be a wonderful place. There are all of those cat videos, Tumblr, the access to a wealth of knowledge, and so much more. But thanks to the amount of information floating around the web, it comes with a few not-so-wonderful, possibly threatening downsides. With how much of ourselves we put out there through various forms of social media, it isn't surprising some people use what they learn to go full-on stalker. The new Lifetime movie Watch Your Back, premiering Saturday, March 7, deals with that very subject. But is Watch Your Back based on a true story?

I was surprised to learn that it's not. Lifetime often tackles true events in its TV movies and since the subject isn't so far out there, I assumed it would be at least party based on something that happened in real life. But if the official synopsis of Watch Your Back, below, does seem familiar, that's probably because the network has made a few other films on very similar topics.

Sarah's life is finally where she wants it to be...But when Sarah starts receiving threatening texts and photos of herself on her cell phone via "Flashchat," her perfect life starts to unravel. Unable to prove to the police that she is being harassed because the messages disappear as soon as she opens them, Sarah takes it upon herself to find out who her stalker is....and the shocking reason why she has been targeted.

The app "Flashchat" from the movie is obviously supposed to be a take on Snapchat, which lets you send photos and videos to others that can only be viewed for a certain amount of time before being deleted. Of course, most people know that nothing on the Internet is really that temporary, which is something Sarah, played by AnnaLynne McCord, will definitely learn. Here are a few other Lifetime movies with similar plots that Watch Your Back is indebted to.

If you're a fan of Lifetime movies, The Craigslist Killer may have immediately come to mind when hearing what Watch Your Back is all about. However, The Craigslist Killer is actually based on a true story. The 2011 movie takes the already heightened storyline of a young man with a promising medical career and a loving fiancée who secretly kills women he meets through Craigslist and blasts up the drama to 11.

Virtual Lies is a 2012 Lifetime movie that follows a wife and mother named Jamie Chapman who discovers that her husband has been having an online affair with another woman. When Jamie and her husband try to move on from this incident, the other woman, A.J., isn't having it and goes full-blown Fatal Attraction in hopes of destroying the couple.

The Husband She Met Online

With a title like that, you know things are going to get ugly pretty fast. The protagonist, Rachel, has very little luck in love, especially since the last man she dated cheated on her. But things get better when she meets a wealthy businessman named Craig through online dating. He's kind and charming. What could go wrong? Oh, just that he also happens to be murderous, abusive, and crazy as hell, which of course doesn't become noticeable until Rachel is in too deep.

The Husband She Met Online is often a bit hard to watch because of how abusive Craig gets with Rachel. That can be a problem with movies that tackle this sort of subject matter — sometimes the abuse these women go through becomes a bit too realistic to stomach. Hopefully, McCord's Sarah fares better in Watch Your Back.