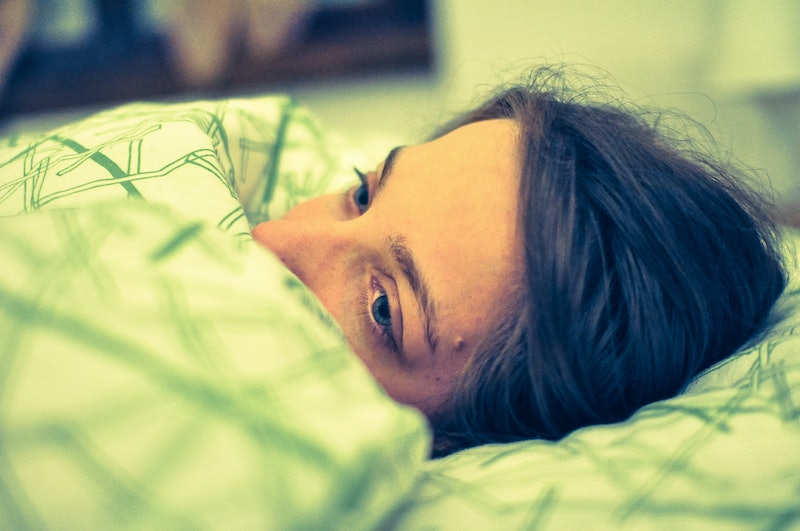 This year on March 8th, when you're busy celebrating the amazing accomplishments and achievements of women around the world on International Women's Day, take a second to remember the many struggles that remain for women, in the U.S. and abroad. Sure, we've come a long way — but women are still at a sharp disadvantage in many arenas of life, including health. And women's health issues don't just effect their bodies — they have ramifications that effect every other area of their lives, from their families to their finances.

While women have a longer life expectancy than men in almost all countries, that doesn't necessarily mean that they get to enjoy healthier lives. In fact, according to a 2009 World Health Organization study, millions of women suffer from health issues each year throughout the world — health issues that would not have affected them had they been men. Women are more vulnerable to contracting HIV, less likely to be screened for heart disease, and according to the British medical journal BMJ, women throughout the world are likely to have received inferior health care compared to their male counterparts from birth onwards.

If that makes you furious, well, good — it should. But just because you're furious, doesn't mean you have to feel helpless. While it's true that women around the world are suffering from avoidable health problems, it's also true that there are tons of nonprofits, charities, and projects devoted to helping sick women get the care they need, and creating a culture where women are less likely to become sick in the first place.

Read on to find out more about the nine biggest health challenges facing women around the world and the organizations working to do something about it — and then make this International Women's Day the one where you make a difference.

While malnutrition impacts two billion people worldwide, it hits women particularly hard. Women with vitamin deficiencies are more likely to die during childbirth — and since half of all pregnant women in the developing world have anemia, malnutrition is the culprit behind 110,000 deaths during childbirth each year. In many cultures, women also the first to cut back on their food when famine and drought hit, meaning that women are often struck particularly hard by foot shortages.

What You Can Do: Donate to organizations like World Food Programme and Action Against Hunger, who not only work on food security and nutrition issues, but understand the gender dynamics the impact hunger in many areas, and have developed special programs to combat them.

It's easy to forget about mental health afflictions like depression when looking at the state of women's health, because they're "invisible" — but even though we can't see them, women's untreated mental health issues have real consequences. Women are more likely to develop depression and anxiety disorders than men in general, and are more likely to live through an event or experience that gives them PTSD, such as a violent civil conflict, a disaster, or an incident of domestic violence.

What You Can Do: Stay abreast of programs that bring mental health services to those in need around the world, like the WHO Mental Health Gap Action Programme, and donate to charities that help those with mental health needs stateside, too, like NAMI.

Half of the 35 million people living with HIV/ AIDS across the world are women — but in some areas, like sub-Saharan Africa, women can make up as much as 61 percent of the HIV/AIDS-afflicted population. Gender norms can play a huge role in the spread of HIV, too — women are often denied the ability to refuse sex with their partners, and lack the resources to seek medical treatment if they do think that they have been infected. And I'm not just talking about other countries here — 20 percent of new HIV infections in the U.S. are contracted by women each year, primarily via heterosexual contact.

What You Can Do: Get active with one of the dozens of international charities focused on women and HIV, like the Athena Network and SisterLove Inc.

The most lethal cancer for women ages 20-59 throughout the world, breast cancer is increasing among women in developing countries, where it is often diagnosed at too late a stage to receive effective medical treatment.

What You Can Do: Support programs like the Breast Health Global Initiative, which work to find more effective ways to treat and diagnose breast cancer in the developing world, as well as the World Cancer Research Fund, which funds research about breast cancer and advocates for international policy to help women get more effective treatment.

What You Can Do: Volunteer to take part in the World Heart Federaions's Go Red for Women campaign to raise awareness of the prevalence of heart disease among women at home and abroad.

A heartbreaking 70,000 women die each year from improperly performed abortions, obtained in unsafe circumstances out of desperation, usually in areas where abortion is illegal or very difficult to come by. These are also typically areas where women have poor or no access to effective contraception.

What You Can Do: Show your support for organizations like the Guttmacher Institute, which promotes international policy that promotes women's reproductive health and rights, as well as the International Planned Parenthood Federation, which provides sexual health services and education to men and women around the world.

What You Can Do: Learn about organizations like CARE, the International Planned Parenthood Federation, and Global Fund for Women work around the world to educate about best maternal health practices, and give pregnant women the support and health care they need in order to become mothers, not statistics.

At least 35 percent of women around the world have been victims of domestic violence. But the horrific health effects of the issue often don't end with the relationship, even after the abuse has stopped. Experiencing domestic violence puts victims at further risk for depression, unintended pregnancy, HIV infection, alcohol abuse, suicide, long-term physical injury, and death at the hands of their partner — 38 percent of all murdered women were killed by their partner.

Sexual violence — a term that covers rape and sexual assault, coerced marriage, and other forms of sexual abuse — is one of the most pressing human rights issues around the world. Though specific statistics are hard to establish because sexual crimes are frequently under-reported, a UN survey found that millions of women are the victims of sexual violence each year, from sexual coercion within their romantic relationships, to rapes in countries that are in conflict.

What You Can Do: Follow the work of programs like the Nobel Women's Initiative, which are working to fight sexual violence abroad, as well as organizations like RAINN that provide support and counseling for victims of sexual violence in the United States.