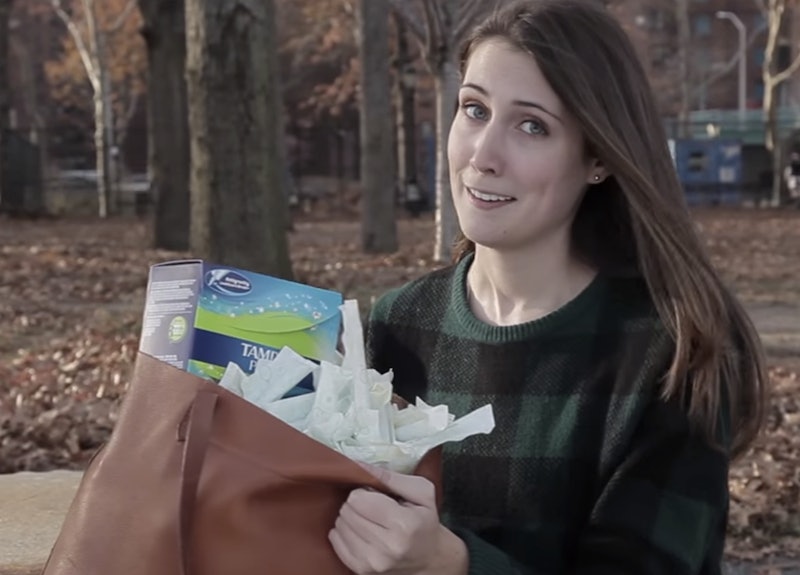 Vaginas are, hands down, without a doubt, seriously the most magical parts of our bodies. There's so much that remains mysterious about them, their structure, and their functions—not just to those who don't have one of their own, but even to those of us who do. However, by adulthood, those of us bearing uteruses do know just about everything about the really cool (albeit simultaneously annoying and inconvenient) monthly song and dance our bodies do. Men sometimes know things about periods, but mostly they seem to know that it happens, as opposed to understanding the why and how (or frequency, even) of it. So what happens when the more clueless gender takes the reigns on feminine hygiene advertising? Total hilarity, it turns out.

Most tampon commercials feature a gaggle of gals all secretly bleeding at once and laughing about it because, obviously, the product is that effective and periods are hilarious. Sometimes there's a vignette of carefree boogies being thrown down because, y'know, girls gotta have fun! There are also way too many "knowing glances" being exchanged, complicated-looking fitness routines, and general good moods to make any of this come off as authentic. I've been personally testing a large array of products while surfin' the crimson wave the past 15+ years and I have never found one capable of spreading such cheer. The wise folks at Funny or Die apparently feel the same and stitched together various tampon commercial tropes in this new, too-true parody:

You know, my insides just caught a chill...