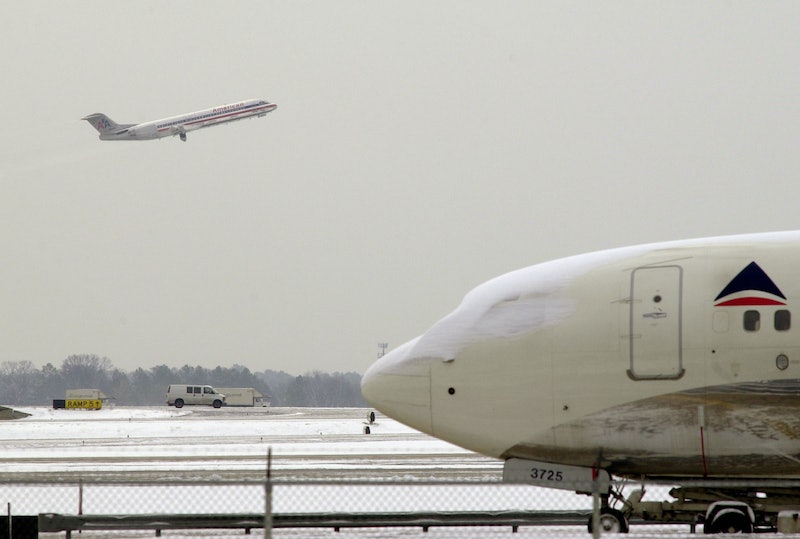 It's the kind of thing nervous fliers absolutely dread. Thursday morning, Delta Flight 1086 skidded off the runway at LaGuardia Airport in snowy conditions, and the photos of the plane crash at LGA are harrowing. The 125 passengers and five crew members, who boarded the plane in Atlanta, are safe and sound after the plane slid into a fence. They were evacuated swiftly, and Reuters reports that emergency services are on hand to ensure that everything and everyone is taken care of. CBS Live News reports that the FDNY says this was close to a "bigger disaster" — a press conference has been scheduled for 1:30 p.m. ET.

As of now, LaGuardia will remain closed until 7 p.m. ET. DNAinfo reports that there is jet fuel leaking, so clearly, that alleged problem needs a solution. Before the incident, LGA was already experiencing about two and a half hour delays due to weather — now, the delays will be piling up for days. The airport's delay index? High.

The pictures of the plane are rolling in, and the images show just how close a call this was. The nose of the plane is mere feet from Flushing Bay. Had the buffer not done its job, the plane could've been immersed in the freezing water. Take a look.