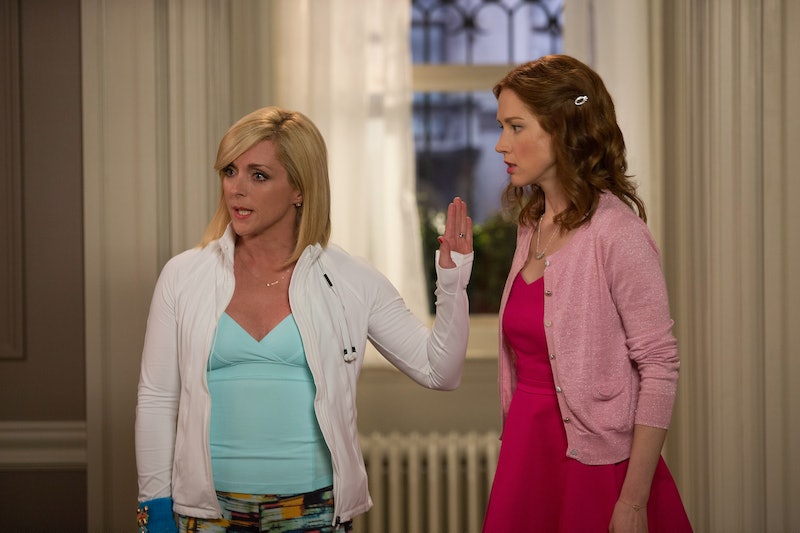 The Office's Erin Hannon is back in the form of Kimmy Schmidt. This time around, Kemper is playing a slightly tougher character, but they both share a naive sensibility that only Kemper could pull of in a likable way.

Jenna Maroney is reincarnated as a slightly nicer, but still self-absorbed woman named Jacqueline. It will be hard for real 30 Rock fans to see a difference off the bat — the snarky comments, the quick judgements, the very Jenna Maroney voice, it's all there. But after a few episodes, the layers peel off and the terribleness of Jenna disappears and leaves us with Jacqueline.

All I can say is "YAAAS." Tituss Burgess, who played a member of 30 Rock's Angie's entourage (Queen of Jordan, anyone?). He is maybe one of the best characters to ever be on 30 Rock, and he is definitely one of the best characters on Kimmy Schmidt, too. Burgess plays Titus (one "T") who is a rejected Broadway performer who dreams of making it big, but finds himself starting the series as a Times Square character (the worst).

This amazing duo, who are two of the minds behind 30 Rock, are back and not messing around. Obviously we know how amazing Tina Fey is, but Carlock has also produced Friends and wrote on Saturday Night Live for a ton of episodes. Meaning this show really will have you high-fiving a million angels.

Immediately, you realize that the jokes that we loved from 30 Rock are also going to have some screen time in Kimmy Schmidt. It's not like the same jokes are in Kimmy Schmidt, but the ridiculousness of the strange holidays/ religion that Kimmy and her "sisters" follow in their post-Apocalyptic bunker is reminiscent of the 30 Rock Verdukians. And the goofy riff on "Ain't Nobody Got Time For That" will immediately satiate your TGS cravings.