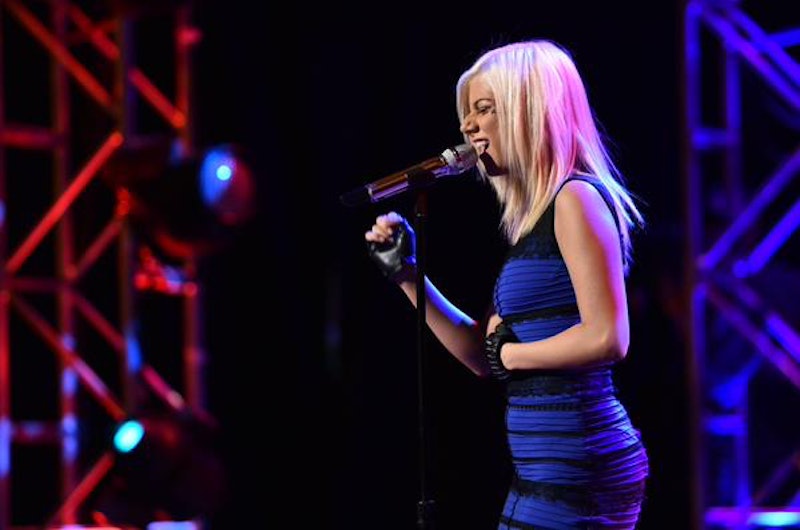 If you are an avid viewer of American Idol, then you already know the contestant Jax. And while she may not be your favorite singer of the bunch, she definitely won this week's award for most memorable and relevant. Jax decided to wear the Internet's most famous and most debated dress tonight on national television, and I have to say it was a super smart move on her part!

Jax rocked the stage in #thedress while singing a golden oldie Motown track "Ain't No Mountain High Enough" by Marvin Gaye and Tammi Terrell. But her voice wasn't the only thing that made the crowd go wild, obviously. Yup, just when we thought all the debates over this viral dress was about to die down, it's back to remind us that yes, it's black and blue, but also that everyone on the Internet cares about it so damn much! Watch the video below to see it for yourself, in case you missed it!

And check out everyone who's raving about Jax and #thedress on Twitter here, including Jennifer Lopez and Ryan Seacrest:

More like this
Twitter Is Upset About The 'American Idol' Top 3 Results: "Who TF Is Voting?"
By Jake Viswanath
How 2 'American Idol' Singers Performed With COVID-19 & Made It Into The Top 5
By Jake Viswanath
Doja Cat Wore Surrealist-Inspired Schiaparelli To The BBMAs
By Dominique Norman
Kourtney & Travis Crashed His Daughter’s TikTok Live In Their 2nd Wedding Outfits
By Grace Wehniainen
Get Even More From Bustle — Sign Up For The Newsletter