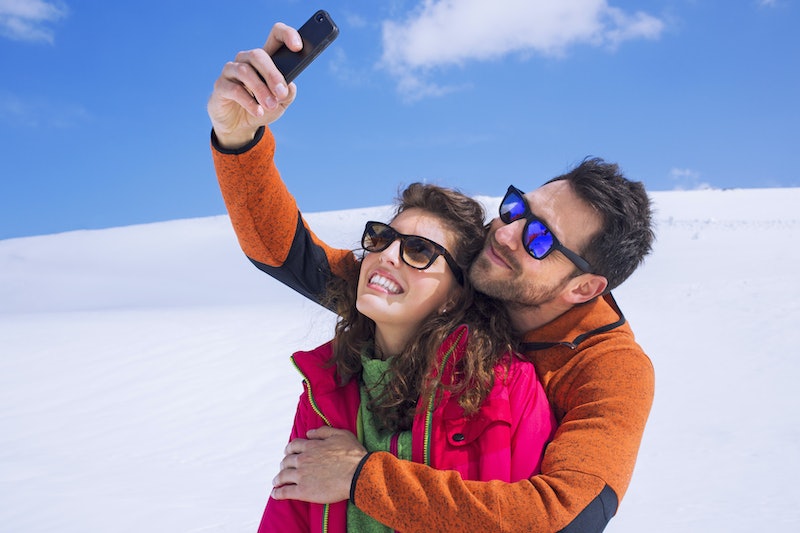 I’ve given a lot of thought to the effects of social media on our lives. Like, a lot. I’m well aware of its many advantages. All these websites and apps help us connect with far-flung friends and family. They allow us to showcase a well-curated version of our day-to-day activities, and the gratification of receiving likes and hearts on our posts is pretty hard to match. Plus, they certainly make cab rides and waiting rooms more entertaining.

But what about the negative effects? Those are getting pretty hard to ignore. How many more pictures of avocado toast do we have to endure? Or corny inspirational messages posted apropos of nothing? But nowhere, in my opinion, are the side effects of our collective digital obsession more harmful than in the hellish sphere of modern dating.

I gave this subject a lot of treatment in my forthcoming novel, Love and Miss Communication. My main character, Evie, a young attorney in New York City, has five appendages — two legs, two arms and a smartphone. She’s as connected as can be, until a single Facebook image manages to crush the better part of her heart and soul. She vows to remain offline for one year and what follows is a good reminder that the very thing we think is helping us find love may actually be the biggest stumbling block.

Without further ado, here’s my roundup of the top 10 reasons the Internet is ruining your love life.

1. A Picture Does Not Tell A Thousand Words

If pictures tell anything at all, when it comes to social media, it’s more often than not a lie — or at least a distortion of the truth. Besides the obvious ways the pictures mislead — the skinny shot, the bald spot hidden from view — they can also conjure an impression of a person that is either false or largely incomplete. One guy I spoke to said all girls choose from the same group of pictures for their profile (kissing an elephant, climbing Machu Pichu, grasping a beer). Can it really be that all girls love Heineken and the outdoors? Not a chance. The guys are equally at fault. We’ve seen enough art gallery shots to last us a lifetime.

If you have anyone age 5 or under in your life, you know what this is referring too. The famous line from Dora the Explorer where everyone is supposed to shout at the TV screen, “Swiper, no swiping!” What’s so bad about swiping? I can’t speak to it in the Dora context, but in the world of dating apps the decision making is so rapid that if a girl or guy doesn’t text you back quick enough, you just move on the next. There are too many choices, and just like it’s hard to pick just one flavor at Sixteen Handles, it’s hard to focus on any one person when someone better might be just one swipe away.

3. The Ménage A Trois

Your partner is having an affair. Most likely you are too. It’s with a cell phone, but it’s every bit as damning as if it were with another person. Maybe it’s worse. When the smartphone is present, there’s no such thing as a one-on-one conversation, because while your date is talking to you, he’s also communicating with countless others through posts, texts and tweets. “I haven’t been on a date in at least two years where the guy didn’t have his phone on the table,” a 30-something dating hopeful tells me. “The art of conversation is dead.”

Finally you mastered Tinder, then Hinge came along. Now Tinder is for losers and Hinge is cool. Until you hear about Happn, which is really better for meeting someone while the other apps are deemed just for sex. The trouble is your love life is being run by a bunch of computer coding geeks who keep cooking up new ways to bring people together — or at least to convince us that’s what they’re doing. When have you ever relied on an algorithm in the past to find you true happiness? If it were that simple, we’d all be dating the kid next to us in math class.

5. You Can’t Stop Stalking Your Ex

It used to be after a breakup, once you returned your boyfriend’s boxers and cell charger, you could move on or at least try to. You might hope for a run-in on a day you looked especially good or you might try to fish around from a mutual friend to see what they’re up to. No longer. Now we can keep up with our exes in real time, have our hearts continually stamped on each time we see him with a new woman or seeming like he’s having too much fun. Then we in turn feel pressure to make it seem like we’ve moved on, when in fact we’re checking his Insta feed every five minutes from bed with Golden Girls on in the background.

Remember what your boyfriend looked like the first time you met? You thought his plastic-framed glasses were pretentious and he had a paunch. But then you got to know him, and slowly his spectacles became an endearing attempt to look smart and you softened on his paunch when you learned it was from a gluten intolerance. His kind and witty personality had the effect of making him more attractive. It happens all the time, for men and women. In the age of social media, when we swipe away a face before a word is uttered, we never get the chance to let that transformation happen.

7. The Pay Sites Are Passé

Apparently having to pay for a dating site and take the time to answer personal questions and to explain what you’re looking for in a mate is a thing of the past. With the proliferation of free dating apps, the more traditional dating sites have taken a backseat. The result is that the older sites are deemed appropriate only for those looking to get hitched, ousting the relevance of compatibility in casual dating and hooking up.

Your date knows what you had for breakfast (it was probably avocado toast) and that you went to Bikram after. You live in Greenpoint but you want to move to Wiliamsburg. In turn, you know he likes cold-pressed juices and Smorgasburg. What’s left? With everybody chronicling their daily life and Google unearthing the details we aren’t sharing ourselves, there isn’t much left to discover on a date. That getting-to-know-you excitement, it’s gone, and all that’s left is to take a selfie and move on.

There isn’t one person who has been on a date in the last decade who hasn’t had this happen to them. Your date leans forward and shares something serious with you — “I’ve been married before” or something light like “I love to do triathlons.” And you don’t know how to respond, because you already knew that, and he knows you already knew that, but you don’t know if you should pretend you didn’t. A friend told me she cops to the sleuthing the minute she meets up with her date, saying something like, “So, I Googled you.” They’re both doing it, she explains, so they might as well clear the air from the get-go. Still it’s a technical gray area of modern dating, and the rules of Google research have not yet been defined.

10. The Depression Of Life Events

It seems like every time you log onto Facebook, the newsfeed has another life event for you to digest. Your freshman year roommate is expecting twins or your former crush is engaged. That old neighbor you couldn't stand just celebrated her first anniversary on the same day your high school boyfriend proposed to his way-hotter-than-you girlfriend. With all these milestones flung in your face, it can be hard to feel like you’re not lagging behind. This just ramps up the pressure and you find yourself patrolling dating apps instead of concentrating at work. Keep in mind nobody puts their break-ups and divorces into the newsfeed, so it can seem like everyone but you is celebrating.

Love and Miss Communication is published by William Morrow-Harper Collins. It is on-sale May 12 but is available for pre-order now. For more on the author, visit elyssafriedland.com where you can read early reviews, take a quiz about Internet addiction and ask your most pressing social media questions at #askelyssa.