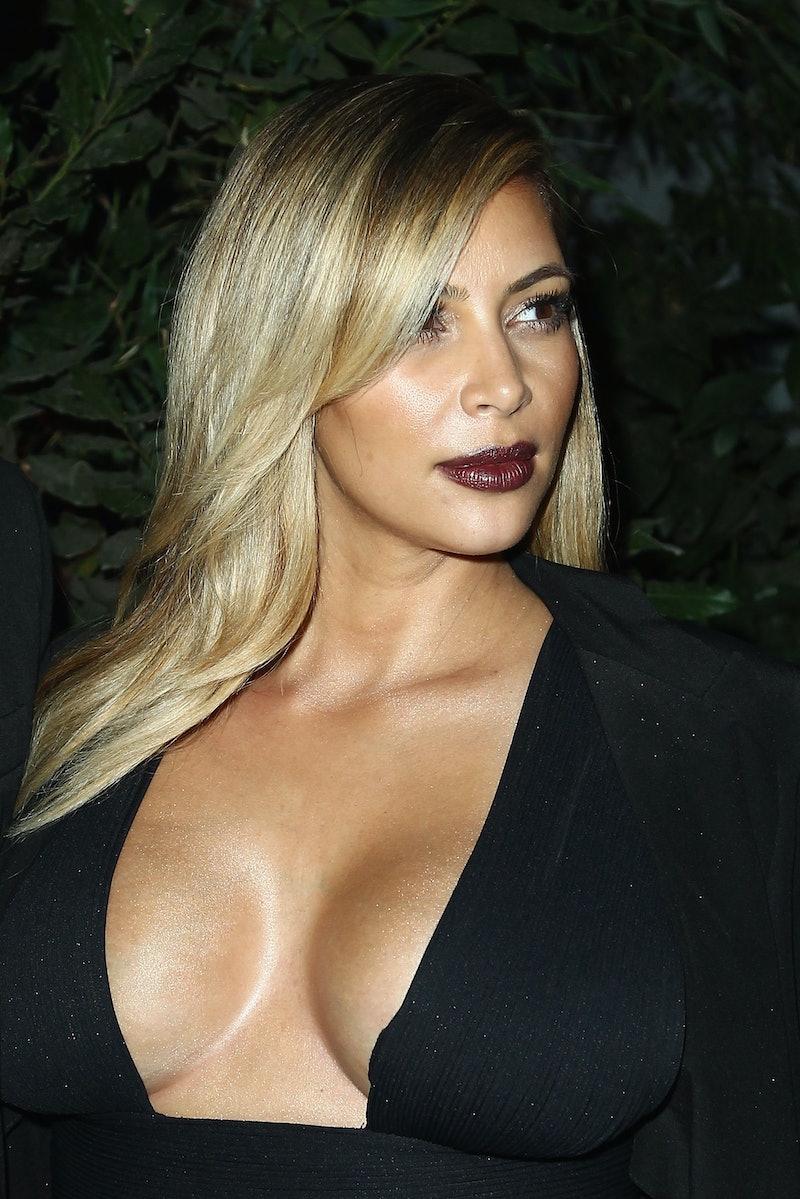 This new hair color may be a thing for keeps: Kim Kardashian is even more blond. The new mom is continuing her major makeover by going a few shades brighter. She debuted her nearly-platinum locks during a recent outing to a doctor's appointment for baby North West in Beverly Hills.

Kardashian's journey to blonde all began when she stepped out post-baby with an ombré we could deal with, still showing some of her darker hair at her roots. Although most normal humans suffer from frizz and flatness when making the drastic transition from dark to light, Kardashian's blonde hair is as shiny and luxurious as ever. Ugh.

Kardashian's colorist George Papanikolas told Celebuzz last month that during her pregnancy, Kim was already contemplating making the color jump. It must have been those excruciating nine months of not getting to do anything with her hair that really pushed her over the edge to the other end of the color spectrum. Papanikolas also predicted she'd go even lighter, saying "I'm sure we will play with the color in the coming months."

Although we don't anticipate Kardashian to go any blonder than she already has (unless she's eyeing Miley's bleach blonde hue), there's always Kris Jenner: We're sure she's planning a post-split makeover as we speak (and it wouldn't be the first time she's copied her favorite daughter).