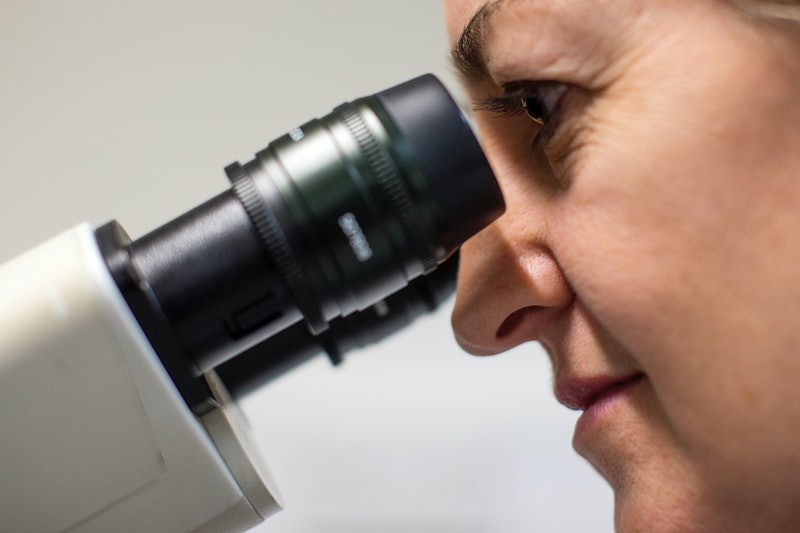 International Women's Day may only be one day a year (and a 23 hour day at that), but it does provide a useful moment for reflecting on how far women have come — and how far we need to go. Yesterday, the #WomenYouShouldHaveHeardOf trending hashtag revealed unsung female pioneers in science and technology that didn't make the history books. It's by no means shocking that the contributions of so many women have been marginalized, but it makes me wonder how women might fare differently today if their predecessors had been given their due.

While women have made major gains in STEM fields in the past 50 years, they still deal with epic levels of prejudice in the workplace, and it's unclear just how much of this prejudice bleeds into hiring practices: a recent census report found that only 15 percent of female graduates were employed in STEM fields, while 31 percent of men were. However, this doesn't mean that there aren't women kicking ass and taking names in science, technology, engineering and math, because plenty are. Kickstarter is helping a lot of ladies bypass the patriarchal establishment to fund their own projects, and in certain universities, women even outnumber men in STEM majors. With any luck, the female influencers mentioned on Twitter yesterday won't go unsung for much longer.

More like this
MOBO Awards Found Kanya King On The Woman Whose Grit & Determination Spur Her On
By Kanya King
Here's How To Support Jewish People Amid Rising Antisemitism
By Hannah Orenstein
Amanda Gorman Shared A Powerful Message On Meghan Markle’s Penultimate Podcast
By Darshita Goyal
The David Beckham Qatar Controversy, Explained
By Sophie McEvoy
Get Even More From Bustle — Sign Up For The Newsletter