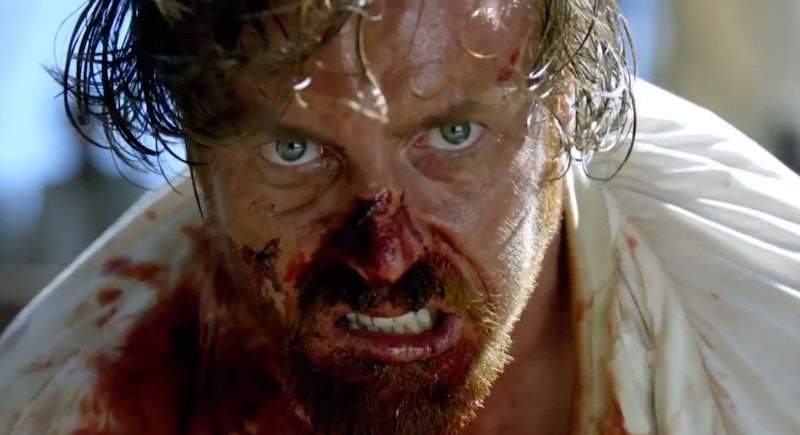 Yeah, Michael Bay still exists. And yes, he is still directing things with lots of explosions and lots of sex. It is his way. The most recent? Michael Bay's new Starz series Black Sails , which just got its first trailer. So what's Black Sails about? Pirates. So many pirates. And no, we're not talking the kind that downloads all of Game of Thrones and the Mumford and Sons catalogue. They're a little bit closer to the ones in Captain Phillips, except for not at all because they're shiny and sexed-up!

So, yeah, that's pretty much what to expect from this pilot: Pretty sexy people and lots of talk of violence to come. Also explosions! So basically, you can expect Michael Bay. There's also pretty blue water, period costumes, and pirate sex.

The show will be set in 1715, which they describe in the trailer's description as "the golden age of piracy" (they obviously have not seen some of my friends' download queues). According to The Huffington Post:

The series will follow Captain Flint (Toby Stephens), the most notorious pirate captain of his day, and a young addition to his crew, John Silver (Luke Arnold). Together, they fight against the British Royal Navy for the survival of New Providence Island, a debauched, lawless paradise filled with pirates, prostitutes, thieves and fortune seekers.

You can look for the show (and more pirate sex) in January, and you can watch the trailer below: