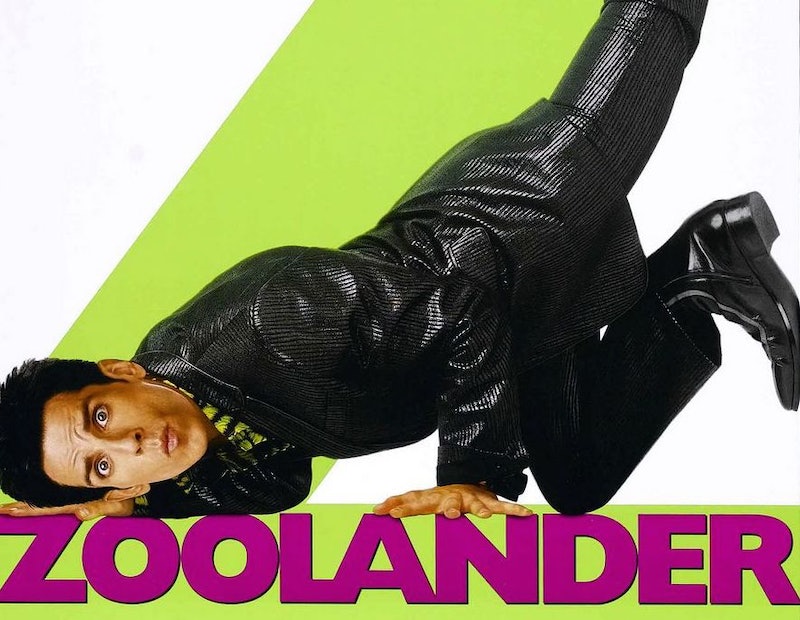 We've all been waiting around, building schools for ants, and getting into freak gasoline fight accidents in anticipation of a sequel to Zoolander. The 2001 comedy about male model rivals Derek Zoolander (Ben Stiller) and Hansel (Owen Wilson) has since become a cult classic. We all want a sequel, but when are we going to see Zoolander 2 ? The two actors have been teasing the idea, and, finally, the ridiculously good-looking pair have made it official. Stiller and Wilson surprised audiences at Paris Fashion Week by strutting their stuff as Derek and Hansel on the catwalk for Valentino. They blue-steeled their way backstage and posed with Anna Wintour. It looks like the bad boys of fashion are BACK. (But where is Mugatu!?)

Paramount Pictures has set Zoolander 2 for release on February 12, 2016, so we've got just under a year to go before we can see all the amazing model madness — if we can wait that long. I know I certainly can't. The sequel is written and directed by Justin Theroux, who appeared in the first film as Evil DJ, and reunites Wilson and Stiller with Will Ferrell and Christine Taylor. Joining this bevvy of babes and baddies will be Penelope Cruz.

In the sequel, a new agency will try to take down Hansel and Derek. I have a feeling Cruz and Ferrell are in cahoots to destroy their empire, but we'll have to wait for further plot details before we can say anything for sure. Since the videos of Stiller and Wilson from Fashion Week are the closest thing we have to a trailer right now, it's definitely worth it to check them out below. At least the wait between now and February 2016 will give us plenty of time to practice our Blue Steel.

More like this
Bella Hadid Will Think Of Her Spray-On Dress From Paris Fashion Week “Forever”
By Brad Witter
Everything You Need To Know About The 'Knives Out' Sequel
By Bustle Editors
A New Scooby-Doo Movie Confirmed Velma Is Gay & Twitter Is Pumped
By Radhika Menon
Everything You Need To Know About ‘Black Panther: Wakanda Forever’
By Bustle Editors
Get Even More From Bustle — Sign Up For The Newsletter