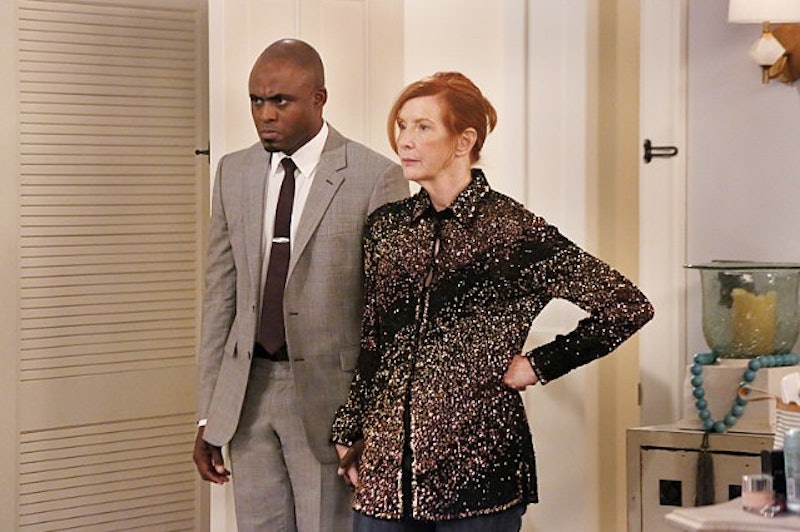 I want to preface this and any future similar post by saying that I've got nothing against guest stars. 30 Rock was at its best taking familiar faces (Edie Falco, Matt Damon, Elizabeth Banks) and repainting them with its own brand of zany satire. And Paul Rudd's never more charming than when he shows up on your favorite show, beckoning you with his eyes to a "just friends!" weekend that you'll keep secret from your significant other for the rest of your life.

So guest stars, like I said -- nothing against them! But then we come to How I Met Your Mother, more specifically HIMYM in its final season. Even MORE specifically a HIMYM that, let's be honest, has found itself somewhat adrift creatively in recent years. It's in these circumstances that guest stars -- once undeniably important to this show's feel and success -- feel a little like distractions, and at worst like band-aids for a season-long story arc that's going nowhere pretty GD fast.

(I know, I know -- given that the entire season spans the hours of Barney and Robin's wedding weekend, it only makes sense that we'd be treated to the return of a long roster of Important Guest Stars. But logical sense and creative vitality are two entirely different things, everyone! That's why Bewitched gave us multiple Darrens without explanation.)

THIS WEEK'S RETURNING HIMYM PLAYER: Frances Conroy as Barney's free-spirited single mother who may or may not have slept with Bob Barker, Loretta.

WHEN DID WE LAST SEE THEM?: At Barney's bachelor party last season, helping the gang give Barney the worst night of his life (which was actually sweeter than it sounds).

WHAT'S SHE DOING HERE?: Presenting a relationship conundrum for Barney, who is forced to take sides with his wife or his mother when Robin hurts Barney's brother James' (Wayne Brady) feelings during a game of poker. Loretta comes to James' defense, at which point Barney struggles to reconcile his devotion to his family with his partnership with Robin. I'm making it sound much more sophisticated than what we got.

WAS SHE NECESSARY?: Insomuch as a groom's mother would be a part of his wedding? Absolutely. It should also be noted that Frances Conroy, 60 years old this November, looks great in a classic black bra (strip poker). But outside of logic and confusing sex appeal? Ehhhhhhhhhhhhh...

WILL SHE BE BACK THIS SEASON?: Logically, yes. And then HIMYM pulls out the worst trick in its arsenal, turning what could have been a simple throwaway episode into MULTIPLE throwaway episodes when Barney gets Robin in hot(ter) water with Loretta. We're not out of the woods yet!