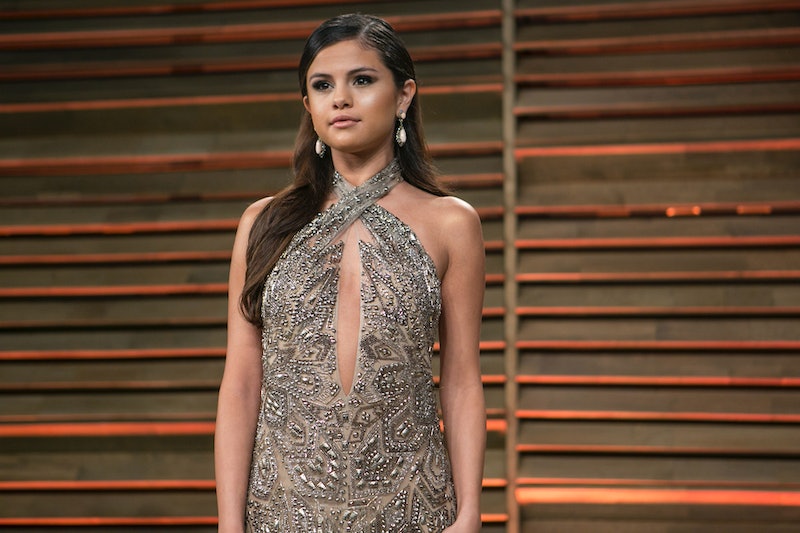 With lots of things happening for Selena Gomez this year (her latest music release with Zedd and her Adidas NEO Spring Campaign) I wouldn't be surprised to see her make another big move in her career. So it comes as no surprise that Selena Gomez might be the new face of Louis Vuitton. It would be a huge step for Gomez in the fashion world if this were true. According to Hollywood Life,"The singer has been very vocal about her close relationship with designer Nicolas Ghesquière," the current creative director of Louis Vuitton. Is this real life? And if this doesn't happen, can it happen?

It all seems very possible, as Gomez was seen at Paris Fashion Week, and according to Hollywood Life, was in the very front row at the Fall 2015 runway show for Louis Vuitton. Even as Gomez landed in France, she was dressed in all Louis Vuitton, sporting the brand's chic high-waisted trousers. Obviously something is going on, or the singer/actress just really loves the fashion empire. If I could, I'd probably wear Louis Vuitton every day, though.

And if you're still not convinced, Gomez also wore the iconic brand at Vanity Fair's Oscar Party, where she looked absolutely gorgeous. She even thanked Ghesquière and Louis Vuitton for that beautiful dress. Because that dress needs some serious thanking. I don't know how they do it!

So either Selena Gomez really digs the Louis Vuitton threads she's been wearing, or she's going to be the new face of Louis Vuitton, or both. Can it please just be both?