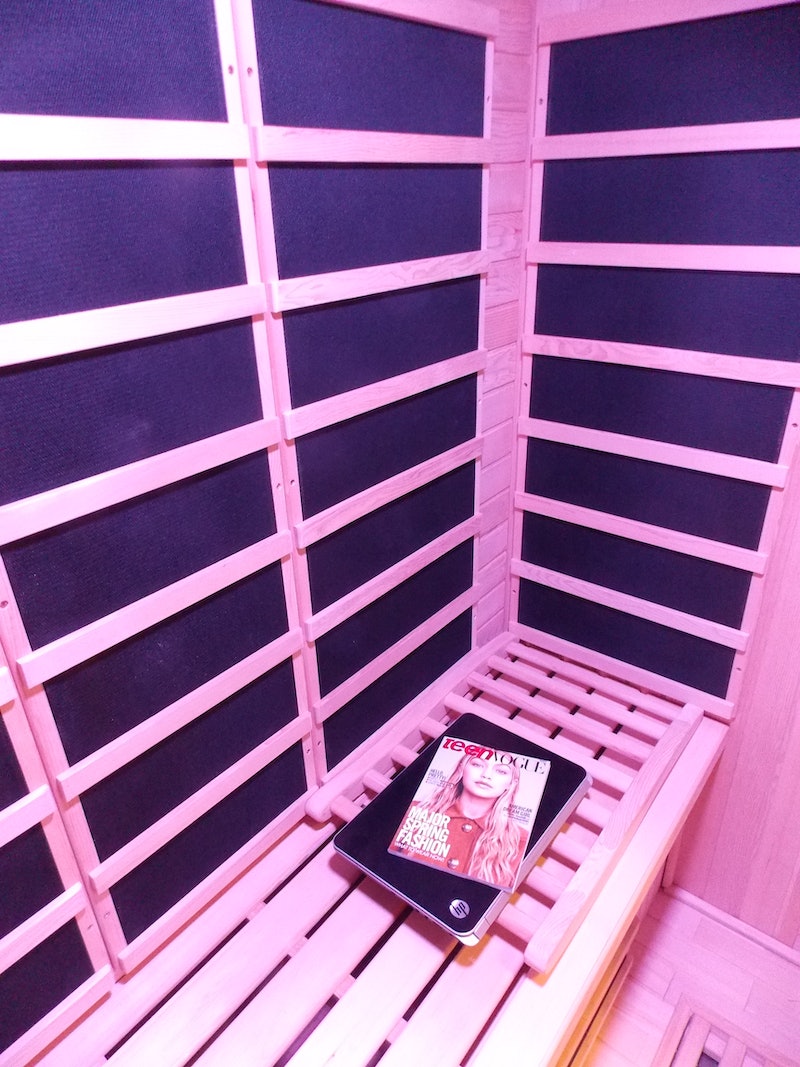 I’m not much a gym rat. While I would love to be that person who wakes up really early, makes a green smoothie, and then works out at the gym for an hour before showering and going to work, I’m just not. I have trouble gathering the time to work out, and the courage to do so on my own, so my visits to the gym are sporadic and rare — and typically very short (can you blame me?).

That being said, I recently stumbled upon my 2015 New Year’s Resolutions and right at the top of the list — as I imagine it is for a lot of people like myself — there were the frighteningly discouraging words: stay healthy. I racked my brain to remember the last time I worked out, hoping I could recall something that would get me out of feeling extreme guilt for my own actions. There was nothing. What I did remember was how hopeful I felt when writing those words down, determined to stay fit, eat well, and exercise. Three months in, I knew I was already failing and that I need to act quick to redeem myself.

I then remembered how my parents bought themselves a personal sauna. Since I had a sauna at my disposal, and an eagerness to try anything that might help me feel more energized and healthy, the sauna seemed like a pretty great option. After all, what could be better than sitting in a room and simply sweating for an hour? Plus, my parents claimed that spending an hour in there every week helped them with their joints and muscle soreness, so I figured it couldn’t have a negative effect on me. Thus, out of sheer laziness and fascination (mostly laziness), I decided that I was willing to give the sauna a shot.

And oh boy, was it an experience. Thankfully, I didn’t have any painfully awkward moments like in the movies (there were no naked strangers in my company), but the sauna was definitely a struggle.

My first time in the sauna was much like a first date. It was awkward, it was weird, and I couldn’t wait for it to end. I probably could have spent more time in there, but I was ill prepared for what I thought would be easy, when it was in fact quite the challenge. I stepped in with long yoga pants and a t-shirt, which were definitely the wrong choices. When spending time in the sauna, the less clothes you’re wearing the better. While there was snow on the ground there definitely wasn’t snow in the sauna, and I quickly became frustrated in the heat.

The sauna takes 30 minutes to heat up to its highest temperature, 135 degrees Fahrenheit. It then stays on for the next 60 minutes, at which point it automatically shuts off. In my first session, I was only in there for a quarter of the time I should have been, but it was overwhelming. While I was definitely not dressed for the occasion, it was also pretty boring and quite tedious. I just felt like I was beginning to burn, but I was only just sweating. Either way, it took me a lot of effort to try it out for a second time.

This time around, I was more prepared for the sauna. I brought reading material, shedded the extra winter layers, and even took a relaxing nap while I was at it. I stepped in to the sauna at 127 degrees Fahrenheit, 60 minutes into the 90-minute process. I felt pretty good throughout the first half of the hour, but it was towards the end that my anxiety crept up. Maybe it was the small space, maybe it was the heat, but I did not feel well.

It was at the 45 minute mark that I switched off the sauna and grabbed a cup of cold water. I started feeling light headed and my heart was beating fast, but the water calmed me down and tasted very delicious. In retrospect, I was probably dehydrated (which is very likely because my daily water intake varies drastically from day to day). That being said, spending that much time in the sauna was definitely a struggle, and I don’t think I could have finished the hour.

Third time's the charm, right? I always imagined that spending time in a sauna would make me feel rejuvenated and energized, but I felt like it was draining me, especially after that second session. This time, though, I felt pretty fresh and relaxed after my sauna session. I had gone to the gym the day before, and still felt a little sore from lifting weights, doing core exercises, and running the treadmill. The sauna helped my sore muscles, and I didn’t have as much pain moving around as I did previously. While I knew it was common for people to step into the sauna after working out, I didn’t imagine it was to help with muscle soreness.

That being said, I definitely had more water that day, and I was distracted by my magazine, but I think I could have stuck it out for an hour if I had the time. It wasn’t as much of a burden or bore this time, so I think I was getting used to the heat. Plus, the cold shower I took post-sauna was so gratifying it made those 40 minutes totally worth it.

Ultimately, spending 100 minutes in a sauna was quite the experience. I admit that I’m not the healthiest, most in-shape person around, and I definitely think that being more active would help with the heat tolerance that is required when sitting in a sauna. I also think intaking lots of water helps, so your body knows how to react to the excessive heat and sweating. Besides getting restless and lightheaded, the sauna was a great introduction to my current fitness routine of running a mile and doing core exercises. Yes, it can get a little boring, and it can get a little overwhelming. But once you get over the fact that you’re in a small box that’s temperature is 135 degrees Fahrenheit, it’s easy to forget that you’re even sweating and can easily loose track of time.

I don’t foresee myself spending much time in the sauna in the near future. I might pop in from time to time, but since I’ve started my routine of running and stretching, I’ve been feeling much better health-wise. The sauna can be quite relaxing, and a great excuse to dive into some reading that has long been put off. For anyone looking to initiate a fitness routine, or anyone who’s a little lazy like me and wants to begin working out at a slow pace, the sauna is a great place to start. Don’t be intimidated by the sweat or the heat — as with everything else, you get used to it. You probably shouldn't count on it being a miracle worker, but I bet if you do it often it will become something very natural and rewarding.

Just keep your towels on. Unless, of course, you’re Ryan Gosling, in which case, what’s a towel?