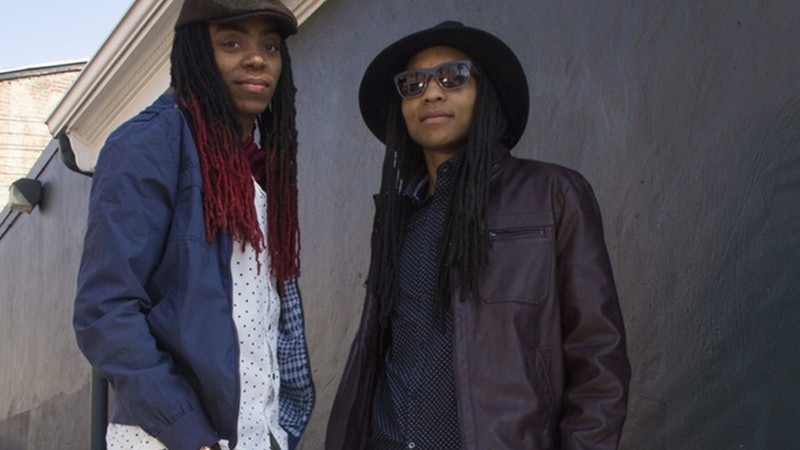 Baltimore is crabs and the Orioles and Johns Hopkins and the Ravens and Inner Harbor, but the city also is beautiful. Its beauty lies in its texture: A proud and storied people, historic architecture, public art, and, yes, everyday Baltimore street style. It is a "mere sliver" of The Wire. Baltimore is a diverse city where the appreciation for creativity and originality runs rampant — so don't let HBO trick you into seeing only the bad and the ugly. You'll see the good and you'll see the stylish. If you're looking to compete, know that the competition is stiff. Dare to put up your dukes, but only if they're fashionably outfitted.

I prowled a few of Baltimore's most happening neighborhoods on a recent Sunday afternoon for a peek at what folks are wearing now that wintery weather's fading. Here are a few favorites, separated by neighborhood.

This neighborhood had its first moment in the spotlight when filmmaker John Waters set his movie Pecker here. Conveniently close to Johns Hopkins University, it's a trendy little spot full of restaurants, bars, and, of course, boutiques full of very cool clothes. The general vibe is casual and effortlessly chic (boyfriend jeans reign supreme in Hampden).

Leah, mother of a 9-month-old, opts for "what's most comfortable" because her clothes need to be "practical" and "functional." Hence her love for jeans and T-shirts. Still, mama got her groove. She found her green patterned baby wrap online and stays organized with an orange Kate Spade pocketbook. And those metallic sandals? Birkenstocks, natch.

Kathy, a Louisiana native who's called Baltimore home for 30 years, says that a "little dress" and ankle cowboy boots make for her favorite outfit. But it's still a tad too chilly for that, so she's "pushing for spring" in other ways. When I caught up with her that meant thinking pink, nearly head to toe. When we asked what she was doing out, she answered, "I had to buy sexy underwear for a friend who's moving away to become a farmer."

A historic neighborhood located right on the waterfront, Fells Point feels less touristy than Inner Harbor. Still, it's full of coffee shops, bars, and music stores that'll give anyone visiting plenty to do. The style scene? Incredibly hip.

Shaniece and Alex exhibit the kind of urban cool you'd expect in most any major American city. Zara, H&M, Top Shop, Forever 21, and Charlotte Russe are a few of their favorite stores. Alex's only real rule when getting dressed in the morning? "Colors can't clash."

Chad's more typical of the darkly attired Baltimore hipster, down to the pierced nose. When I ran into him, he had on Topman pants and Converse sneakers. The rest of his outfit was thrifted, including the Mondo and Marvel Comics pins on his jacket.

Nicole and Tamika were about to grab a bite to eat when I stopped them outside of a diner. Nicole has "H&M all the way down," while Tamika mixes in different brands, including her Marc Jacobs shoes. Both had friends do their hair.

Baltimore dogs are stylish, too. Take Ramona and Leo, two rescues owned and loved by Pam and Alex. These canines stay warm and fabulous in coats Pam and Alex found at a greyhound show in Gettysburg, which is about an hour from Baltimore.

A little more upscale than the other neighborhoods I visited, Mount Vernon's residents come from a long line of fashionable families. Still, the style vibe is more effortlessly fashionable than stuck in their ways.

Grace and Sophie were out running errands when I stumbled into them. In fact, they might've thought my photographers and I were about to stick them up at the ATM, but were too nice to say it. Grace "inherited" her pants from a high school friend and her shirt from her mom. Sophie also scored her clothes from others, wearing her mom's sweater and her roommate's banana socks ("but I don't know what this vest thing is or where it came from.")

More like this
10 Nail Trends That Perfectly Capture The Early 2000s
By Paris Giles
‘90s Streetwear Brands That Are Making A Major Comeback
By Dominique Norman
14 Spicy Bralette Outfits For Vaxed Girl Summer, Round 2
By Avery Matera
Fashion Trends From 2002 Making A Comeback
By Avery Matera
Get Even More From Bustle — Sign Up For The Newsletter