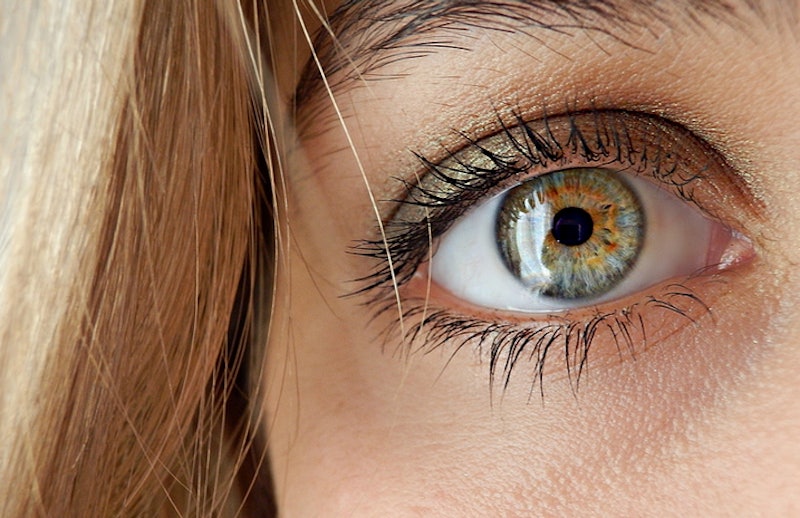 There have been many scientific studies conducted over the years on eye color, focusing less on the specific shade of color and more on the lightness and darkness of them. Brown is the most common eye color of them all, with an estimated 55% of people in the world having eyes this color, and the rest of us are split into shades of hazel, blue, green, silver, and amber. If you have brown eyes, you fall into the category of "darker" shades, and if you have any other color you likely fall into the "lighter" shade range. Unless of course you are a red-eyed vampire from a Stephenie Meyer novel, and then I don't know what to tell you except to get off the internet and reevaluate all your life choices immediately.

Just in case you forgot what you look like, I'll give you one last chance to squint at your eyeballs in the mirror and determine what shade they are, so you can prepare yourself for what science has to say about you.

If you have dark eyes...

A study revealed that when subjects looked at pictures of people with brown eyes versus people with blue eyes, they tended to rate dark-eyed people as more trustworthy at first glance. This right here is why strangers come up to you and ask you to watch their laptop while they pee, or to take a picture of them with their very fancy phone when you could easily dash off with it like the criminal they don't know you are.

Particular, you're more likely to be skilled in sports that require a lot of focus and hand-eye coordination, like tennis and racquet ball. People with darker eyes have more melanin in their bodies, which insulates connections between brain cells and may cause them to fire more rapidly than their light-eyed counterparts. (Meanwhile, Serena and Venus are like, "Well, duh.")

You get drunker faster

Hooray for being a cheap date! Apparently in a study, dark-eyed people weren't able to consume as much liquor as their light-eyed pals. Eh, that's alright. That just means more for me.

If you have lighter eyes ...

You can handle more pain

What doesn't kill you makes you stronger, and apparently more prone to having light eyes. A study tracking pregnant women found that lighter-eyed women were more able to handle the pain of childbirth than dark-eyed women. Not only that, but the dark-eyed women responded to epidurals much faster, showing a higher sensitivity to pain. No word on the male side of this equation yet, but I think it'll be at least a few more years before science allows them to endure the pain of childbirth, too. (I CAN'T WAIT.)

You may be a little crabby

Turns out we light-eyed people are "less agreeable" and more competitive than our dark-eyed friends, according to a study in Australia. The participants with dark eyes were more likely to be described with pleasant words like "empathy" and "compassion" and I'm guessing the rest of us were too busy stepping on their faces to get words described about us? (SORRY NOT SORRY for being ambitious.)

Regardless of what your eye color is, one thing we can all rest assured of: they are all still beautiful, and entirely unique to us. The pattern of your irises is different from any other pattern of iris that exists in the world. So go ahead and wink at your bad self with those eyes in the mirror today. You deserve it.