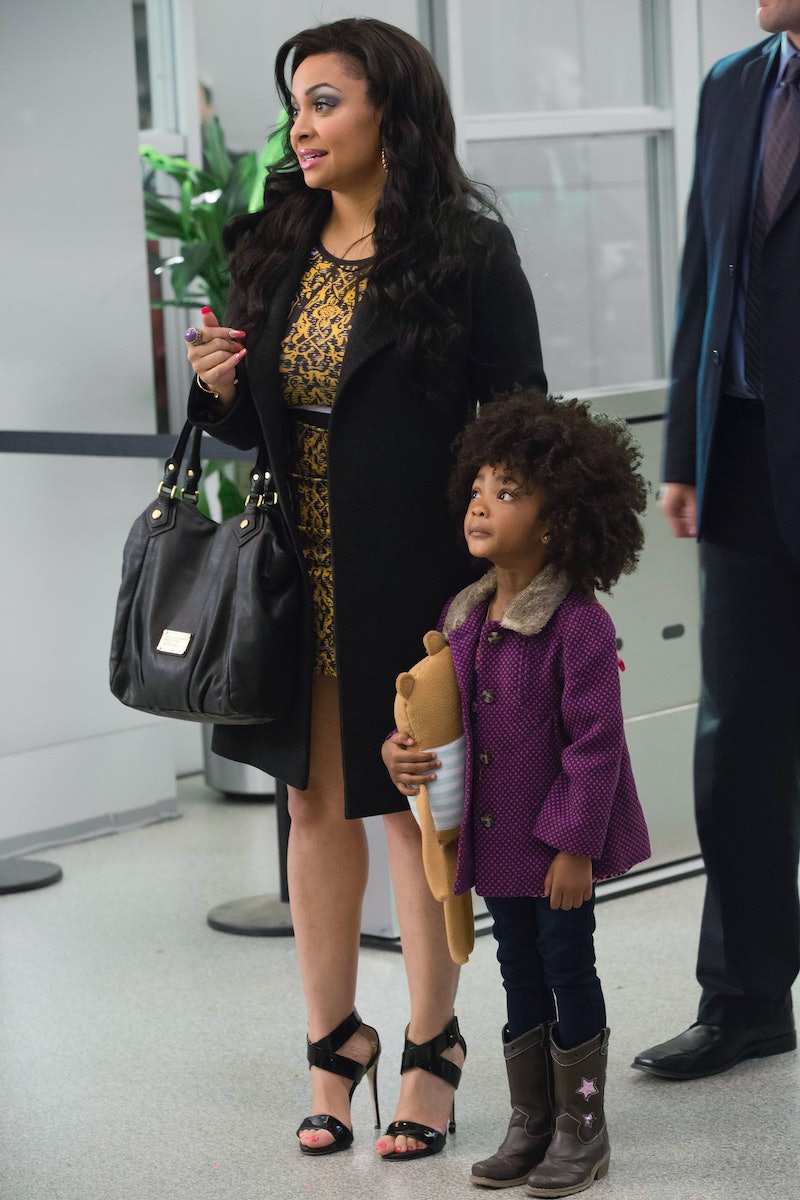 After a few weeks of absence, Raven-Symone is returning to Empire. Her last appearance was short and sweet. We barely learned that her character, Olivia, had been married to Jamal. She is a former back-up singer and current hair stylist who left her daughter Lola at Empire's headquarters, claiming that Jamal was her father. The episode is sure to delve into this mystery with a title like "Sins of the Father."

Maybe Lola's father is someone we haven't met and Olivia is counting on that one time in the sack with Jamal as evidence enough to get back into the Lyon empire. Maybe she pulled a Gone Girl and collected Jamal's sperm. I'm just gonna throw this out there: what if Lucious is the father of Olivia's child? Empire already operates on a grand, Shakespearian scale. This might be a little bit more indicative of a Greek drama, but it's a possibility.

In fact, People reports that in this episode, Olivia returns with a gunman and takes everyone hostage. Jussie Smollett told told the magazine, "A huge, huge bombshell is dropped of what we thought was the truth, and Lucious is behind all of this."

If Lucious isn't the father, how is he behind the truth? Did he perhaps lure Olivia and Lola out of their quiet life in order to stir up drama for Jamal, or discourage him from coming out? I think that's a pretty likely scenario.

Honestly, I think Jamal really is Lola's father. That's more interesting to me than a shocking paternity reveal. Just because Olivia was awkward and scheming when she tried and failed to get Lola to sing one of Jamal's songs doesn't mean she's lying about her daughter's genes.

Empire can be crazy, but sometimes the simplest answer can bring the most amount of drama. Wouldn't you rather see Jamal try to raise this baby girl with the woman he was married to so long ago? I'm fascinated by that relationship. Raven-Symone is such an accomplished comedic performer that I would hate to see her and Lola leave after just one more episode. With a show that focuses so much on parenting, having a son become a parent unexpectedly is a natural story to tell. Plus, I love what it means for Cookie. She missed out on her sons growing up. This gives her the chance to start over! I want Lola to stick around.

That said, a hostage situation? I can't wait for that. From the looks of the People preview, Camilla will be at the office when this all goes down, and we've already seen how she and Cookie get along. I have a hunch that in close quarters with such high stakes, the agenda behind Olivia and Lola Lyon's appearance won't be the only secret that gets revealed on Empire.

More like this
Gabourey Sidibe Wore A Traditional West African Wedding Dress On The Cover Of Brides
By Dominique Norman
Conversations With Friends' Endometriosis Scenes Are As Brutal As It Gets
By Ivana Rihter
50 Years After Creating Her Alter Ego, Angelyne Is Still Driving That Pink Convertible
By Gretchen Smail
'Atlanta' Season 4 Could Be Here Sooner Than You Think
By Kadin Burnett
Get Even More From Bustle — Sign Up For The Newsletter