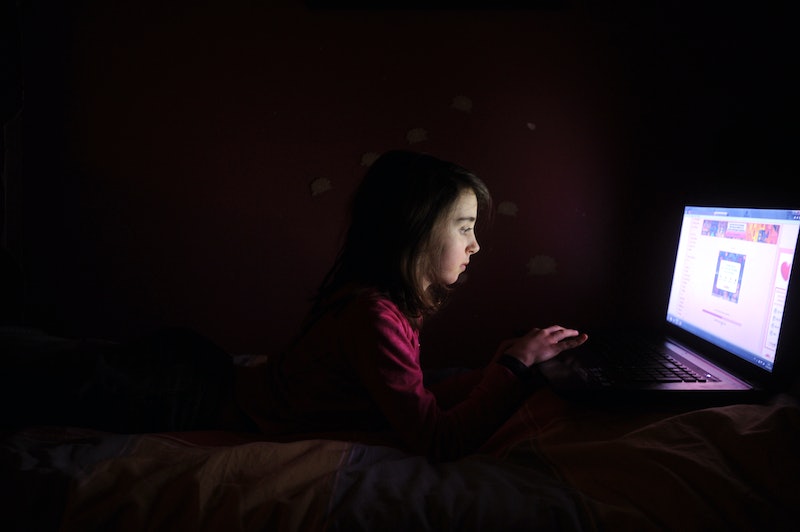 On Tuesday, Massachusetts congresswoman Katherine Clark called on the FBI and the Department of Justice to investigate and prosecute more cases of substantive cyber threats, particularly those wielded as a tool of harassment and intimidation against women. A former prosecutor, Clark criticized the DOJ for failing to take online threats against women seriously in an opinion piece published in The Hill. In a letter circulated to her fellow lawmakers, Clark lobbied for inserting language into the 2016 appropriations bill that would call upon the DOJ to enforce existing laws against cyber threats and intimidation and to ramp up prosecutions.

In her opinion piece, Clark stresses that she isn’t asking much from the FBI and DOJ. This is not a call for the FBI to police the entire Internet, she notes, or for new laws. Instead, she is asking that the DOJ spend more of its resources and personnel on investigating and holding folks accountable for posting death threats or sending messages that place others in credible fear for their physical safety.

For the DOJ and cyber harassment, it would be hard to go any direction but up. Jezebel's Anna Merlan cites law professor Danielle Citron, who authored Hate Crimes in Cyberspace, as estimating that the department has only prosecuted 10 cases of cyberstalking between 2010 and 2013. Yet, according to the Bureau of Justice statistics, more than 2.5 million instances of frightening harassment occur every year. (Unfortunately, there is no way of distinguishing how many of those cases happened over the Internet, but it’s safe to say that number is much higher than 10.)

“Women experience sexually explicit or threatening messages 27 times more than men, and for women of color and LGBT women, the rate is even higher,” Clark wrote in her editorial.

Considering the real world implications and the lengths to which women must go to protect themselves, we have to demand more from those charged with enforcing our laws.

The problem of cyber harassment exploded into the public consciousness last fall with the rise of the Gamergate controversy, in which a series of anonymous gamers posted a number of insulting and threatening remarks against women in the community under the guise of defending ethical standards in gaming journalism.

At Gamergate's high watermark in the mainstream press, gaming critic and women’s advocate Anita Sarkeesian was forced to cancel a public talk at Utah State University after someone threatened a mass shooting at the event. (On another note, Utah’s loose gun restrictions meant that the event organizers could not prevent attendees from bringing concealed weapons into the talk. Another problematic state of affairs.)

Clark, in turn, became engaged in the problem of rampant hate speech against women online after she found out that one of the high-profile targets of the Gamergate antagonism was her constituent. Brianna Wu, a game developer who worked on the sci-fi game Revolution 60, decided to speak out against the misogynistic culture in the tech and gaming worlds after watching several of her female friends get harassed and pushed out of the industry. Wu refuses to be intimidated, but even she admits that dealing with the steady stream of threats is a hassle.

Since speaking with Wu, Clark has been trying to get the FBI to intervene in her case, with little success. In February, Clark said that she met with seven representatives from the Bureau and was disheartened to see that they knew little to nothing about Wu’s case after months of attempted communication. It was clear, the Democratic congresswoman told Jezebel, that the FBI had not made cyber threats a priority:

It was disappointing. This is clearly just not one of their priorities. For me as a former prosecutor, it echoed what we would see 20 years ago around domestic violence.

With the FBI and the DOJ sitting on the sidelines, Clark decided to do something. Treating these cyber threats as hoaxes or harmless trolling minimizes the very real damage that online harassment can inflict upon women’s sense of personal safety, their career options, and their emotional wellbeing:

We think this has real-life implications for women, both personally in their feelings of safety and also economically as they try to put their careers together. There are very few career choices these days that don’t have some intersection with your online presence.

In her letter to her colleagues, Clark stresses that this culture of unaccountable hate speech has a chilling effect on women’s initiative and threatens their freedom of speech. Several women threatened by Gamergate had to turn down profitable speaking engagements and events because of anonymous threats. Not to mention, dealing with these constant threats is exhausting and time-consuming; like Wu, many women spend time they would rather spend on creative or productive activities on emotionally draining attempts to protect themselves and their families. Clark notes that the local police try to be sympathetic, but their resources and training are often not up to the task of curtailing online harassment.

The Committee is concerned with the increased instances of severe harassment, stalking, and threats transmitted in interstate commerce in violation of federal law. These targeted attacks against Internet users, particularly women, have resulted in the release of private information, forced individuals to flee their homes, has had a chilling effect on free expression, and are limiting access to economic opportunity. The Committee strongly urges the Department to intensify its efforts to combat this destructive abuse and expects to see increased investigations and prosecutions of these crimes.

Whether Clark's colleagues in the House and the Senate will join her in pushing for greater oversight of cyber threats remains to be seen. (Although, given that Sen. Kirsten Gillibrand (D-N.Y.) had to elbow her male colleagues into applauding for equal pay for women at this year’s State of the Union, I don’t have high hopes.) Regardless, Clark is drawing attention to an important issue that disproportionately impacts women’s life chances — that of their safe and free presence in online communities.

As our careers and our social communities become increasingly digitized, the prospect of disconnecting in order to make oneself safe is fast becoming little more than a pipe dream.