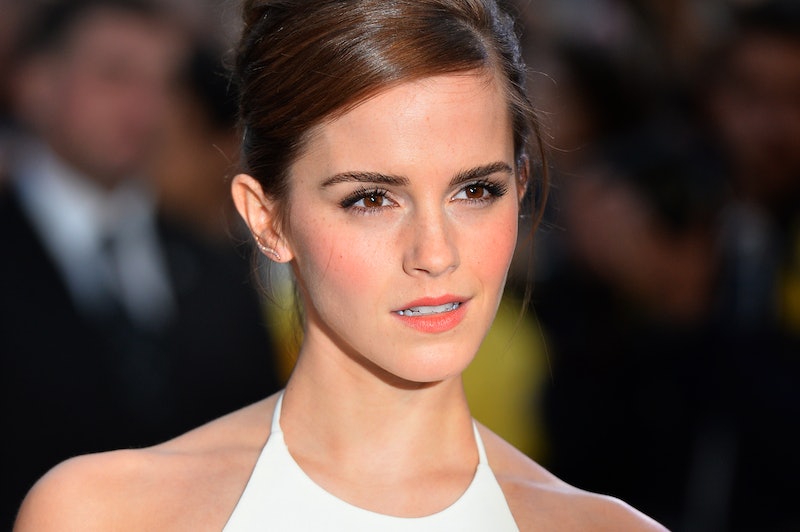 A lot of positive adjectives come to mind when I hear the name Emma Watson. The actress is smart, beautiful, well-spoken, fashionable, philanthropic, and talented just to name a few. But why doesn't anyone ever say that Emma Watson is funny? I actually think she is a hilarious person.

If you not picking up what I'm laying down, just hear me out for a second. I feel like we all put the actress on a pedestal — don't get me wrong, this is because she is just an outstanding human being and deserves to be there. But even with all of the extraordinary things she has said and done, Watson is just a person and does not need to be profound 24 hours a day, seven days a week. There have been plenty of times when Watson gave me some side splitting laughter.

Whether she delivered a witty remark, told a hilarious story, or just made a goofy face, the Harry Potter star has always entertained me. Plus, I have always thought that the people who make the funniest jokes have the smartest brains behind those humorous words. And we all know how smart Emma Watson is. Check out these instances of Watson being hilarious.

Her Reaction To The Hermione Action Figure

Watson is widely quoted as saying how it felt for her Harry Potter alter ego to become an action figure: "It was unbelievable seeing me as an action figure! In a few months, toddlers all around the country will be biting my head off!” And according to Twitter evidence, Watson was not wrong about that. At least she's taking it all in stride.

Her Response To Being A Child Star

During an interview, Jonathan Ross asked her how she's dealt with the transition from child star to adult, and Emma Watson quickly responded with a question of her own, "You wanna know if i'm f--ked up?" Clearly, she escaped the perils of child stardom and did so with a sense of humor.

Her Story About Condom Confusion

Sometimes it can be embarrassing moving to a new country and being unfamiliar with the slang. Even the perpetually perfect Emma Watson had some language mishaps. The actress explained her confusion during an appearance on The Late Show With David Letterman: "The most embarrassing one is that I had no idea, and please excuse me, that you guys call a condom a rubber. My version of a rubber is an eraser. I've done that... Very loudly asked for a rubber and people have given me strange looks. That was embarrassing!" I wonder if she asked for a rubber during class or a study session. That would have been especially awkward and misleading.

Her Comparison of English And American Boys

When speaking to Ellen DeGeneres about her time at Brown, Watson was shocked by the difference in approach with American and English boys. She described British boys as "very restrained." She he explained Americans with the imitation, "I like you. You're Great. Let's Go out on a date. Let's do it." And finally she concluded the differences by saying, "But they wear flip flops. I don't know if I like that."

Her Joke About Being Recognized... While Buying Tampons

Sometimes a girl just wants to go to the store and buy some tampons. Well actually, no one really wants to do that, but sometimes it has to be done. It's hard to just blend in with the crowd when you've been a part of one of the biggest movie franchises in history. Watson explained her struggle with anonymity to Glamour Magazine UK, saying, "You can’t go to the pharmacy without someone saying, 'Hey, you’re the girl from Harry Potter!' and I’m like 'Yeah! Just buying tampons, see you in a bit!’"

While on the Late Show, Watson explained her short pixie haircut to David Letterman, and she actually had pretty adorable reasoning, "Most women get their hair cut when they’re going through a breakup, and I was going through the Harry Potter breakup and it was time for a new look." Working on that many Harry Potter movies is like having a long-term relationship. The analogy makes total sense.

These instances prove that Emma Watson and the word "funny" should be in the same sentence more often. She may not be a comedic actress, but Watson is hilarious in her own right.