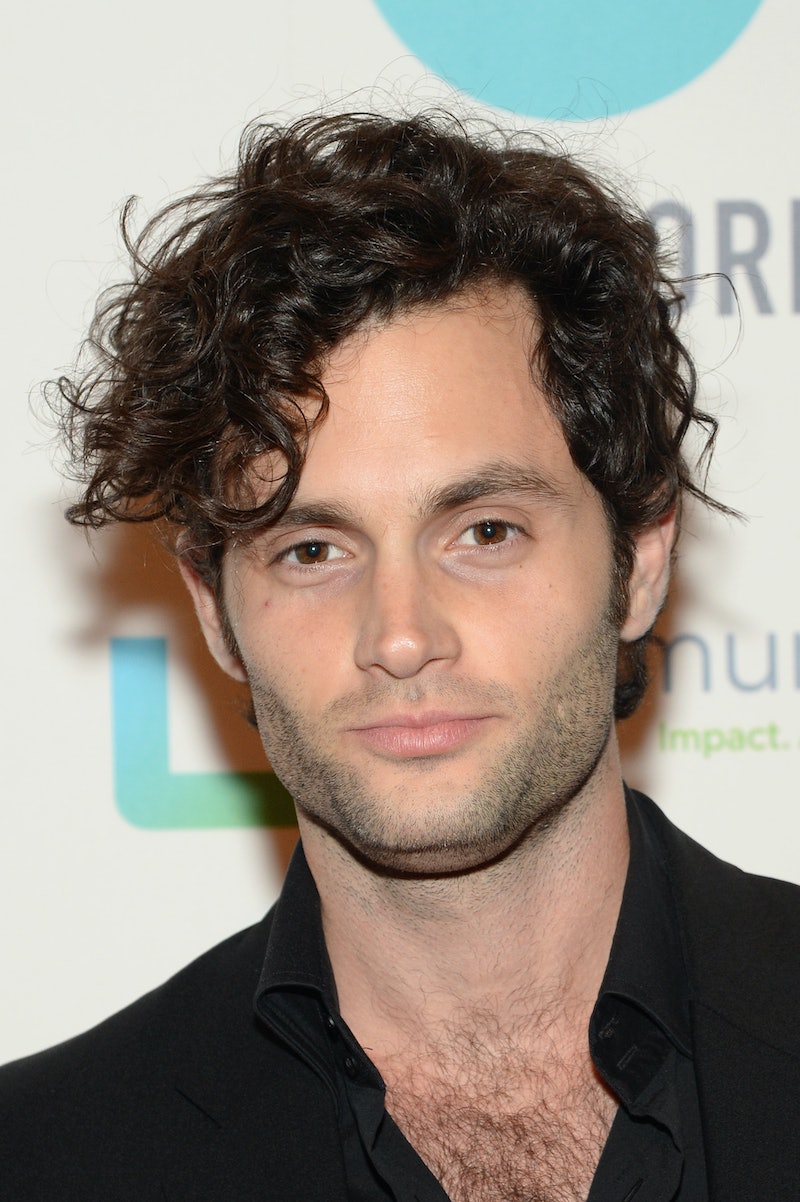 You've seen him as Lonely Boy, you've seen him opposite Emma Stone and Brittany Snow in female-centric romcoms, but you've never seen him like this. On March 13, Penn Badgely will tackle Shakespeare's Cymbeline , the take-no-prisoners narrative about a war between corrupted cops and an outlaw gang. "This play, as twisted as it is, somehow ended up being one of Shakespeare's most explicit inditements of misogyny and patriarchy and masculinity," the actor says. "The men in this play are overwrought, and egotistical, and damaged. Dakota [Johnson]'s character, Imogen, she's a this gleaming icon of femininity, grace, and good character."

Badgely plays Posthumus, who secretly weds Imogen (Dakota Johnson), a woman he socially shouldn't, and the action sets off a series of blood-spilling events. "Particularly with Posthumus, in Shakespeare's time he might have been prideful and arrogant and tragic, but in a modern day construct he's really just nuts," Badgley says. "He's a strange, dangerous, unstable character who seems to have some promise of becoming this incredible man... But he blames women for nearly every negative thing ever. So for me, it was interesting to really dissect how genuinely insane it is."

The 28-year-old actor gave a speech in Harlem on International Women's Day to discuss gender inequality, an issue Badgely openly fights for. "Cymbeline is relevant in the way it depicts the overwhelming absurdity and the overwhelming tragedy of such a male dominated, patriarchal world view," he says. "It's relevant to our time. We live in such a male dominant world where we don't have equal gender rights. It sounds conceptual and political, but it rings true in everyone's day to day life."

Because of these reasons, and his involvement in the fight for equal gender rights, Badgley says the role, as opposite from his own persona as it is, resonated with him. "He has an insecurity where he leads himself to blame women for everything he should rest on his own shoulders. It resonated with me, not in ways where I was like, 'I agree,' but it was much more 'this shit is dark!'"

The icing on the Cymbeline cake was an incredible cast, that includes Oscar-nominated Ethan Hawke, Milla Jovovich, Ed Harris, and a dozen other big-hitters. "I've always admired John Leguizamo. We didn't get to work together too much but I enjoyed hearing his point of view on damn near anything," Badgely says. "A lot of my most difficult material was with Ethan, and he was a really compassionate, helpful cast mate. Those two guys definitely struck a cord in me."

Cymbeline hits theaters and On Demand on Friday, March 13. Watch the trailer below.