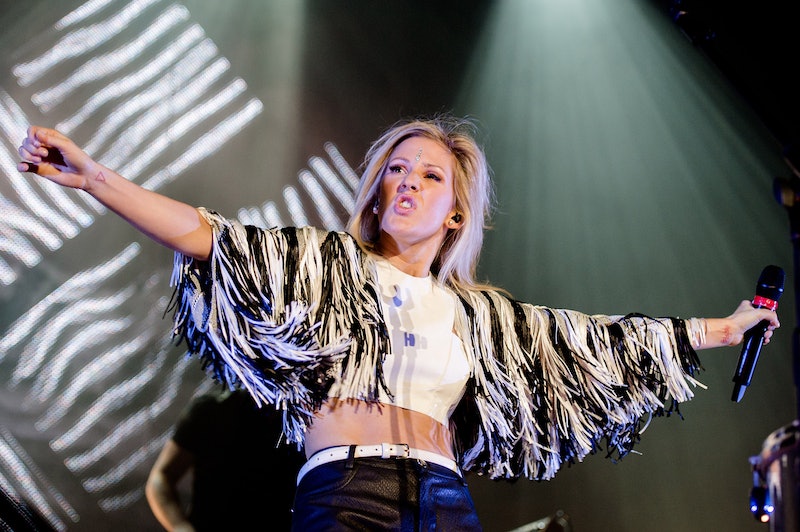 A full year ago, Irish singer Hozier asked to be taken to church, and since then, the lyrical request he made in the form of massively popular song “Take Me to Church” has been followed by a flood of folks who apparently want an invite to worship at the altar as well — in song form, that is. For their sake, let’s hope that the singer is completely flattered by all of the people adding their personal touches to his song because another huge performer just increased the number of Hozier covers by one: Singer-songwriter Ellie Goulding’s “Take Me To Church” cover recently hit the Internet and apparently, it’s already causing quite the viral ruckus, which is completely understandable because it sounds pretty good.

Another great thing about Goulding’s poignant version is the fact that it only adds to the wonderful versions of the song that are already floating around, which includes some pretty impressive “Take Me Church” renditions on YouTube in addition to numerous celebrity covers.

Since clearly everyone wants a piece of this song, that calls for a definitive ranking of celebrity covers of “Take Me to Church.” Putting them in order from least to most impressive feels a little unfair because they’re all really great versions, but here goes:

Goulding's soulful "amen" runs are all I need in life right now.

You may not be that familiar with Canadian pop singer Kiesza just yet, but her crisp, strong vocals on this pared-down rendition of Hozier's hit prove you will be soon — they're absolutely divine.

A great Sheeran performance is pretty much standard business, but I give him extra points for his raspy delivery of the chorus.

When Lennox joined Hozier for a medley of "Take Me to Church" and Nina Simone's classic "I Put A Spell on You," the energetic rendition made for one of the night's highlights.

Initially, my ears didn't want to accept these harmonies and extra ad-libs but I have to admit that they definitely add depth and emotion to the original.

But the question that remains is, how do these covers compare to the real thing? I'll just drop Hozier's "Take Me to Church" right here: