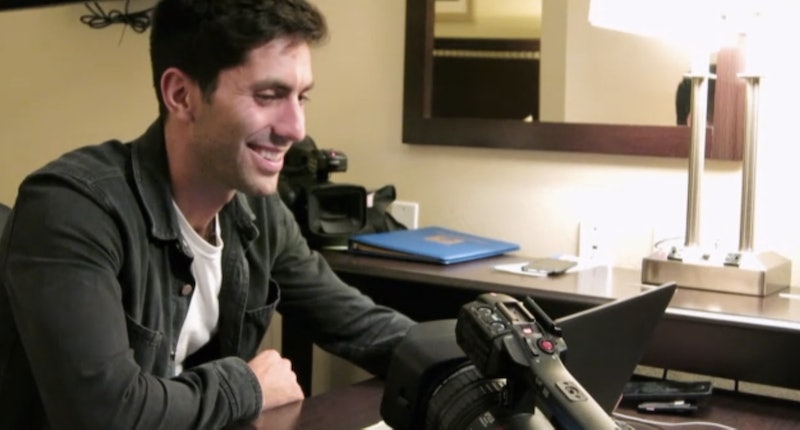 Usually, when Catfish features someone who isn't who they say they are (so yeah, every single episode), the person is generally sorry or regretful for lying to someone they were close to — especially if they're in love with their victim. But on the latest installment? That just isn't the case. On this week's episode of Catfish , "Harold and Armani," Armani showed absolutely no remorse and even thought tricking Harold was funny — and predictably, Nev was pretty pissed about it.

But before we get into that, let's start at the beginning. Catfish introduced us to Harold, an incredibly sweet guy who's been through a lot lately but has gotten through it with the help of Armani, a girl he's talked to online for four years but has never met. He lost several of his friends to gang violence and opened up to her about things he didn't tell anyone else, and even though he's just starting college, he was pretty sure he could see a future with this girl. This is where Nev (and his co-host for the week, Angel Haze) came in, and after a bit of digging, they came up with a few options. Armani, if she was lying, was probably one of her friends: A girl named Babay or a girl named Tamila.

And once they arrived at Armani's house? Babay came out... shortly followed by Tamila. Tamila is actually Armani, and she couldn't be more thrilled to finally meet Harold and had all the hugs and giggles in the world to offer up. Um, what? This guy is visibly angry with you and hurt that you violated his trust, and you're laughing and mocking the situation with your friend? How does this even work?

Eventually it came out that Tamila was self conscious because of her dark skin, so she wanted to use a light-skinned girl's picture to get guys' attention. We all know what it feels like to wish we looked totally different from the way that we do, and to feel like maybe someone would like us better if we did. But Tamila's low self-esteem resulted in hurting a guy who really cared about her, and it's heartbreaking to see that she felt little to no remorse about it.

I'm not sure that Tamila even learned anything, because the epilogue at the end showed that her Armani profile is still active on Facebook... and judging by Tamila's reaction when she met Harold, I have a feeling it's not going anywhere.

And obviously, it's Tamila's loss, because Harold is a great guy. He'll find someone awesome, and hopefully, Tamila is able to find her way... and, um, maybe she should delete that Armani profile. Just a tip!