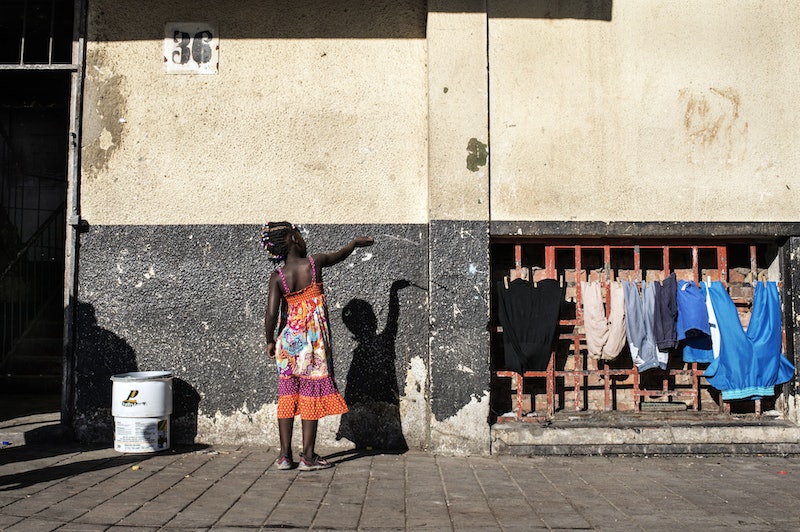 A documentary that seeks to shed light on Zimbabwe’s child rape and sexual abuse crisis has just been launched in the capital city of Harare. Local producer and director Collen Magobeya made Tears from Inside in a bid to raise awareness of the country’s rampant sexual violence, and hopefully to counteract its prevalence. The thirty-minute long production tells the true stories of three victims of sexual violence, whose voices are usually silenced. In a country where one rape occurs every ninety minutes and approximately 1.4 million people are living with HIV, these are voices that need to be heard.

“The objective behind this documentary is to create [a] thirst among stakeholders, Government and non-government, to address the plight of women and children," Magobeya told Zimbabwean newspaper The Herald at the initial screening. In 2012, Zimbabwe was rocked by the news that rapes were on the increase, with children bearing the brunt of sexual attacks. The news was particularly shocking considering that the country’s rape statistics two years before had prompted The Guardian to refer to a “child rape epidemic” in the country.

In this context, the stories contained in Tears from Inside can be seen as incidents isolated from a broad sea of injustice. “They turned the car off the road,” says one figure as she recalls her abuse at the hands of men who had offered her a lift, face pixelated to preserve her anonymity. “They raped me anally and vaginally, one after the other.” It’s a nightmare story, but one that is too seldom heard in Zimbabwe despite the fact that many women (and men) have similar experiences.

Because of the tense situation in the country, advocacy organizations have faced political pressure in the past. According to The Guardian, organization founders have becoming the target of threats and forced into exile. Rapes are thought to be radically under-reported. “A number of girls seem not to know what sexual abuse is and hence most of them are silent victims of sexual abuse,” sociologist Darlington Nyabiko told the Zimbabwean newspaper Newsday in 2012.

During the early 2000s, the country experienced an uptick in politically motivated sexual attacks, often perpetrated by the country’s pro-government militias. In 2003, Amnesty International warned of “mounting reports of rape and sexual torture by the militia, continuing the pattern seen before presidential elections in March 2002.” According to IRIN News, rape was employed to quell support for parties standing in opposition to the country’s longstanding Zanu-PF government, headed by President Robert Mugabe.

In 2009, one Harare clinic reported dealing with twenty cases of child sexual abuse daily. Then-education minister David Coltart told The Guardian that economic instability, the breakdown of the family unit, and collapse of social welfare had contributed to a pervasive atmosphere of aggression and fear across the country. He said the prevalence of rape (with 20 cases of child sexual abuse dealt with per day, at just one Harare clinic) could be linked to this broader social chaos:

In the last few decades we allowed a culture of violence to pervade our society … It's compounded by the fact that those responsible are generally immune from prosecution. The breakdown of the rule of law means this culture is all-pervasive. It is not just intra-political parties. It spreads to domestic violence and the abuse of children.

By last year, little had changed for the better. A report from ZimStat, quoted by Bulawayo 24 News, found that one in three girls is raped or sexually abused before she reaches the age of eighteen. The majority of rape victims were under the age of sixteen.

Netty Musanhi of the Msasa Project (an organization dedicated to assisting vulnerable women with domestic problems) told Bulawayo24 that the recent statistics were unsurprising but an important catalyst for change. “We need to change our mindset as a nation. Government also needs to put stiffer mandatory sentence against perpetrators of rape. This will help in a big way to reduce cases of rape and sexual abuse,” she said.

The health risks for rape victims in Zimbabwe are ramped up considerably by the prevalence of HIV/AIDS in the country. One of the young victims in Tears from Inside tested positive to HIV after her brutal rape, in a scenario that must be relatively common. UNAIDS statistics from 2013 suggest that fifteen percent of Zimbabwean adults aged 15 to 49 are HIV positive; sixty percent of those infected are women. An estimated 900,000 Zimbabwean children have been orphaned by the disease.

Poor institutions, a lack of antiretroviral drugs and a struggling economy have made combating the HIV epidemic problematic. However, Bishow Parajuli — a representative from the United Nations Development Programme — writes today in The Herald that the country has seen a twenty six percent drop in new infections, despite little development assistance relative to neighboring countries. For a country with one of the highest prevalence of HIV in the world, any reduction in rates of infection is a good thing.

And things only look set to improve — Zimbabwe will begin an HIV vaccine trial later this year, according to The International Business Times. The vaccine, which was developed in Thailand, has been shown to be moderately effective at lowering HIV infection rates.

Now if only this level of decisiveness deterrence could be implemented in the country against sexual abuse. A still-pertinent 2012 statement for Zimbabwe Lawyers for Human Rights gives an idea of what such a strategy might look like:

In Zimbabwe there are laws that protect society against family violence and abuse, rape, sexual assault and other gender-based violence, but these laws are meaningless without effective, fearless and sustained implementation by the police, prosecutors and the courts against any and every perpetrator … ZLHR urges institutions of justice delivery to ensure that the prosecution of perpetrators of domestic and gender-based violence is carried out expeditiously, publicly, and in a manner that encourages other victims of gender-based violence to report their cases with confidence that the law will protect and vindicate them.

If nothing else, Tears from Inside is at least bringing some of these cases out of the shadows and into the light.