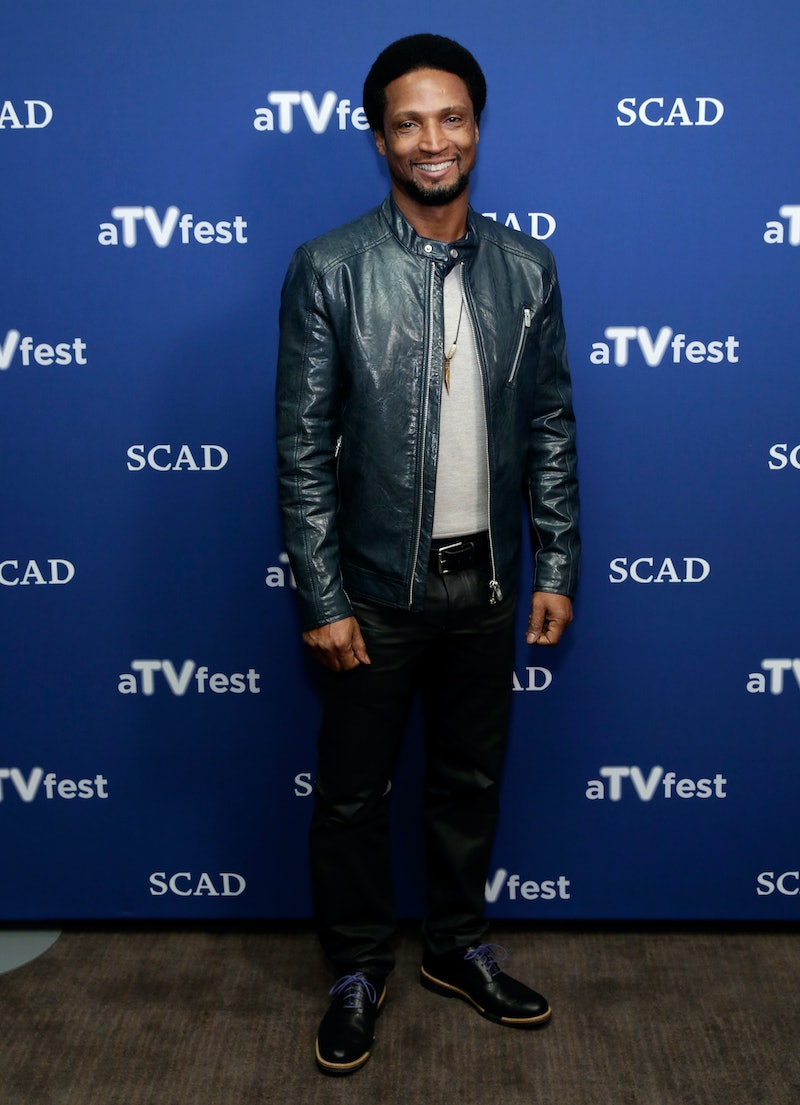 It's only been a week since American Crime premiered on ABC, but already, the show's made quite an impression; with 11 million viewers, the series is now the 2nd-highest-rated mid-season drama debut of the year, is already hearing talk of renewal, and is earning critical praise on everything from its lead actors' performances to its writers' emotional dialogue. And while no one could've predicted just how good the reactions to the show would be, at least one of its stars had an idea.

"At least every five or 10 minutes, I’m getting a text or a picture of someone sending me a picture or a poster they’ve seen," Elvis Nolasco, who plays Carter Nix, an addict and murder suspect, in the series, said in an interview with Bustle a week before the show premiered. "They’ve started putting stuff out in LA, and I get to NY and it’s all on the buses, it’s on the train station, it’s all over town... it's very, very exciting."

Yet while all of Crime's cast and crew must be thrilled about the show's success, Nolasco might just be celebrating the most; not only is he starring in one of the season's hit new shows, but a film he did with Spike Lee, Da Sweet Blood of Jesus , was just released to theaters and VOD. In the movie, a thriller about addiction to blood, Nolasco stars as LaFayette Hightower, a dangerous research assistant who stabs an anthropologist (Stephen Tyrone Williams) with a cursed artifact. It's an unusual role in an unusual movie, which is exactly what drew the actor to taking on the part.

"It’s a very unique, very different type of love story," Nolasco said. "It's about people addicted to blood, and the minute you hear that, automatically one thinks, oh, another vampire movie or another black movie, and Spike from the beginning was very careful to say that it’s not. You’re not gonna see fangs, you’re not gonna see vampires... the blood is a metaphor for addiction and for society. It’s a very interesting project."

Even the making of the film was different than the norm. Lee made Blood through Kickstarter, the first time he'd crowd-funded a movie in his decades-long career. Although the fundraiser started out shaky — Lee got flack for being an established filmmaker asking fans for money — but after some apologies and adjustments to the campaign, he raised the needed money and got the film off the ground.

"Spike Lee is one of those individuals who is not afraid to take risks," said Nolasco. "He takes chances. He knows what he’s doing. It’s a beautiful film, and I hope that people go out and support it."

Blood isn't the first time Nolasco and Lee have worked together on a film. Their relationship stretches back to the mid-'90s, when the actor appeared in Lee's crime drama Clockers. Since then, they've also collaborated on a 2011 HBO pilot called The Brick written by American Crime creator John Ridley, and 2013's Oldboy.

"It's been an amazing relationship," said Nolasco."Spike is without a doubt a very generous and very giving person, and for me, starting working with Spike when I was in my teens, to have someone who’s like a mentor for me... I owe him a lot, and I’m forever eternally grateful to him."

Nolasco says that he's learned a huge amount simply from being around the director.

"He’s the first person on the set," Nolaso said. "If the call time is 6 AM, you better believe that Spike Lee is gonna be there by 4:30 in the morning... this guy automatically has it all in his head, and it’s just about him showing up and directing and making sure that his vision is being delivered."

The actor is especially grateful for Lee, and directors like him, for their willingness to take on what he calls "non-traditional casting."

"It’s been an amazing thing throughout the year, being able to establish a relationship with people who believe in you, who see the talent and the potential and say, this is the person for this. Let’s give them the job," said Nolasco. "I look forward to being able to continue to be diverse, and continue to take more risks, and hopefully people will allow you that opportunity, see that you have something to offer."

In the future, Nolasco hopes to work with directors like Lee Daniels and Ava DuVernay, saying that it would be "an honor and a blessing" to get to collaborate. He also has plans to develop his own projects, giving opportunities to promising newcomers like Spike Lee and John Ridley did for him.

"To be able to give back what's been given to me throughout the years, that would be a great place for me to be," said Nolasco. "If I could be of service and help somebody else out, then I’ve done my job."

American Crime airs on ABC Thursdays at 10 PM; Da Sweet Blood of Jesus will be released on Mar. 13 in theaters and VOD.