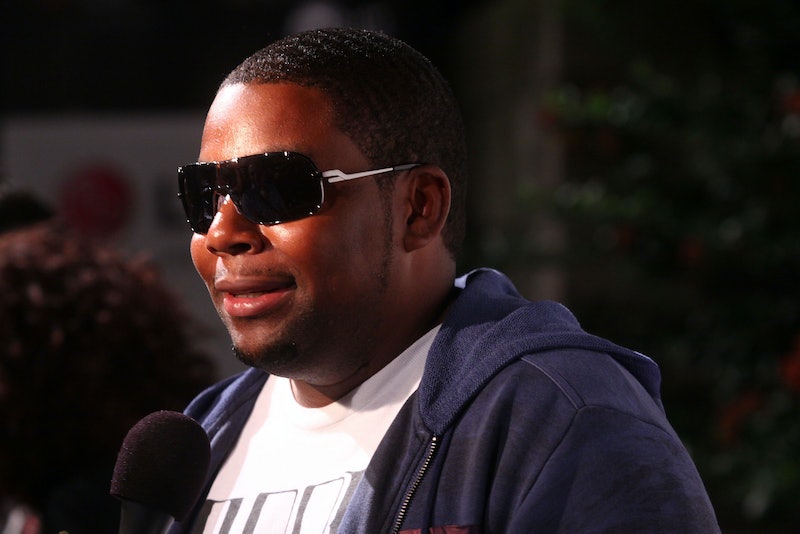 SNL has been getting a lot of deserved and belated criticism lately for their blatant lack of diversity on the show, especially after the selection of six new cast members for their 39th season — ALL of whom are white and only one of whom is a female. It's pretty disgraceful, and even current cast members have been speaking out against the white-washing of the sketch show. Earlier this month, Jay Pharoah spoke to The Grio about the shameful ignorance of SNL to diversity:

"They need to pay attention," he said. He even offered a suggestion of WHO to cast!

Her name is Darmirra Brunson… why do I think she should be on the show? Because she’s black first of all, and she’s really talented. She’s amazing. She needs to be on SNL. I said it. And I believe they need to follow up with it like they said they were going to do last year.

But not everyone is mad at the SNL execs. Today, Kenan Thompson, one of only three non-white cast members, defended Lorne Michaels, saying of black female comedians: "It's just a tough part of the business," Thompson says. "Like in auditions, they just never find ones that are ready."

Or maybe should we start with the hilarious Twitter tirade that exploded in response to Kenan. Let's start with Twitter.

Kenan's comments were not only insulting, but just plain BLIND. There are so many funny black female comedians, not just Maya Rudolph (who was the last black woman on the show SIX YEARS AGO). Is Kenan going to pretend that Wanda Sykes hasn't been a comedic pioneer or that Retta playing Donna Meagle isn't one of the best characters on TV?

What about Issa Rae and her Youtube series Awkward Black Girl? Jessica Williams, one of the youngest correspondents ever on The Daily Show? It's just appalling and downright dumb of Kenan to assume that black women aren't talented enough to earn a spot on SNL.

And coming from one of the least funny members of the cast, it's even more insulting. Here are some hilarious black female comedians that Kenan is pretending not to recognize, but needs to, and now.

More like this
Sandra Bullock, Girlboss Extraordinaire
By Matt Harkins & Viviana Olen
Spice Girls’ Net Worth: The Richest Member Is Wealthier Than The Rest Combined
By Hugh McIntyre
Kaley Cuoco & Tom Pelphrey Just Made Their First Public Appearance As A Couple
By Hugh McIntyre
Pete Davidson & Kate McKinnon Are Part Of A Reported Major SNL Cast Shakeup
By Brad Witter
Get Even More From Bustle — Sign Up For The Newsletter