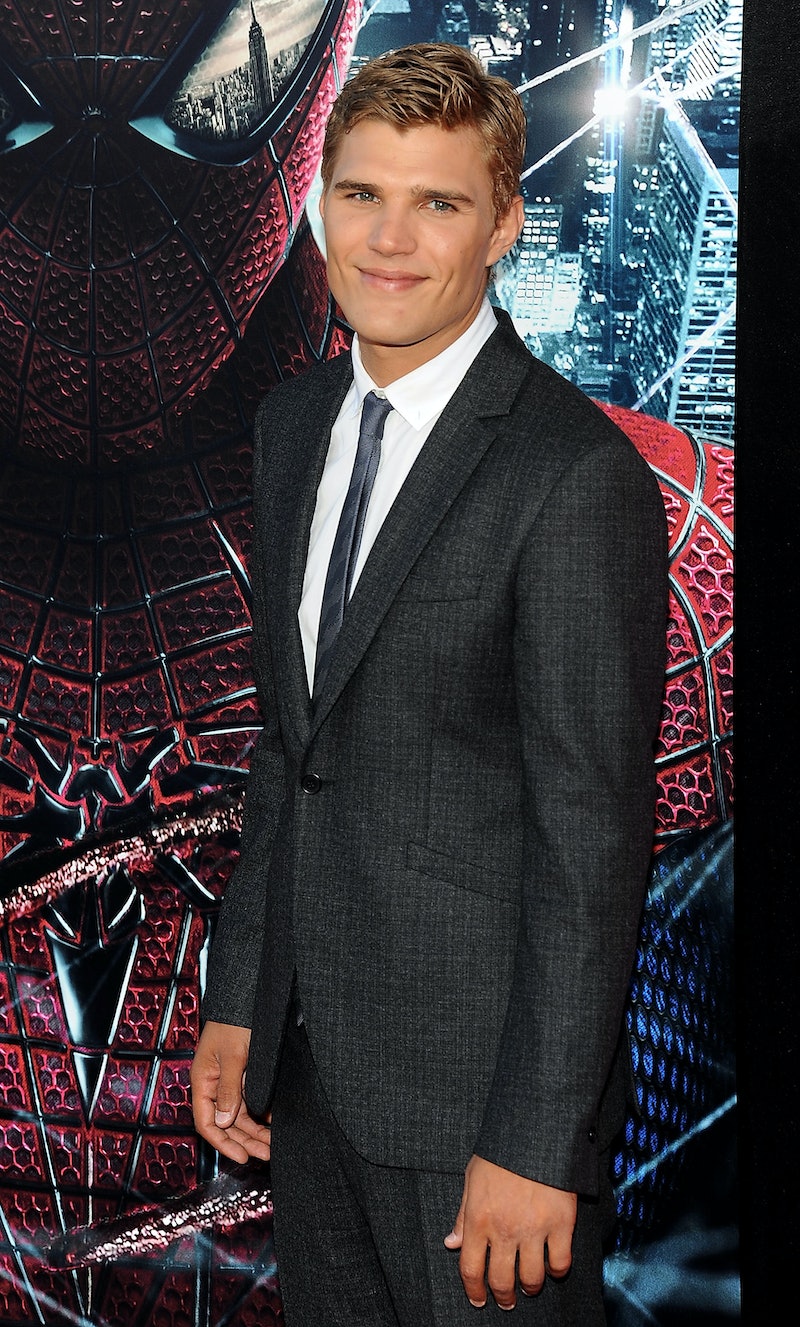 Talk about an engagement ending badly. The Leftovers actor Chris Zylka and model Hanna Beth broke up, which, clearly, means they are not moving forward with their wedding. To say their split ended on bad terms is an understatement, because Zylka plastered their breakup all over Twitter. Let me tell you, he took things to a nasty level with several tweets and an Instagram post, which the actor has since removed from his social media accounts. With that said, his first tweet about the split read as follows:

When someone's boyfriend shows up at they're [sic] house with flowers while you're in that someone's bed. Don't get involved with them.

He the replied to his own tweet by posting: "@chriszylka @TheHannaBeth no it was in the bed and the guy from boy london was with the flowers. Pink flowers to be exact." Zylka even went as far to tell Beth to "have fun 'staying sober' groupie," and that "the truth has been revealed for a long time. Google yourself." On Instagram, Zylka posted a message with a caption reading, “Im disappointed that i didnt see how fake you were, or pay attention to the backstabbing you did in front of me. I will rise up.”

Beth responded (she has since deleted all of her tweets), but decided to take the high road. On Twitter, she wrote:

When people try to put you down or call you names.. Ignore it. The only person they’re actually talking about is themselves. Hate gets you nowhere. Always rise above. when people don’t get their way, they want to bring you down. Don’t let them. No reaction is better than any reaction. Making up lies about someone cause you are hurt will never work or make you feel better.

Zylka ended his Twitter rant by sharing, "All the things I've said tonight are things that I looked over and gave my everything too."

This isn't the first time Zylka's taken to Twitter to express his frustrations over a significant other. In 2012, Zylka and Lucy Hale broke up, which, you guessed it, caused the actor to tweet some not-so-nice things. He tweeted, "Don't have a girlfriend. She decided she was too good." He then posted a tweet, which I assume is also about the Pretty Little Liars actress, "There's a difference between celebrities and movie stars. Celebrities fade away, while movie stars stick around forever."

Like the classy lady that she is, Hale didn't respond directly to Zylka, but she did tweet, "It's not who you were, it's who you are."

Apparently, this is a pattern for Zylka. It might be best for him to stay away from social media for a while. As hard as a breakup might be, there's no need to add fuel to the fire by posting nasty tweets.