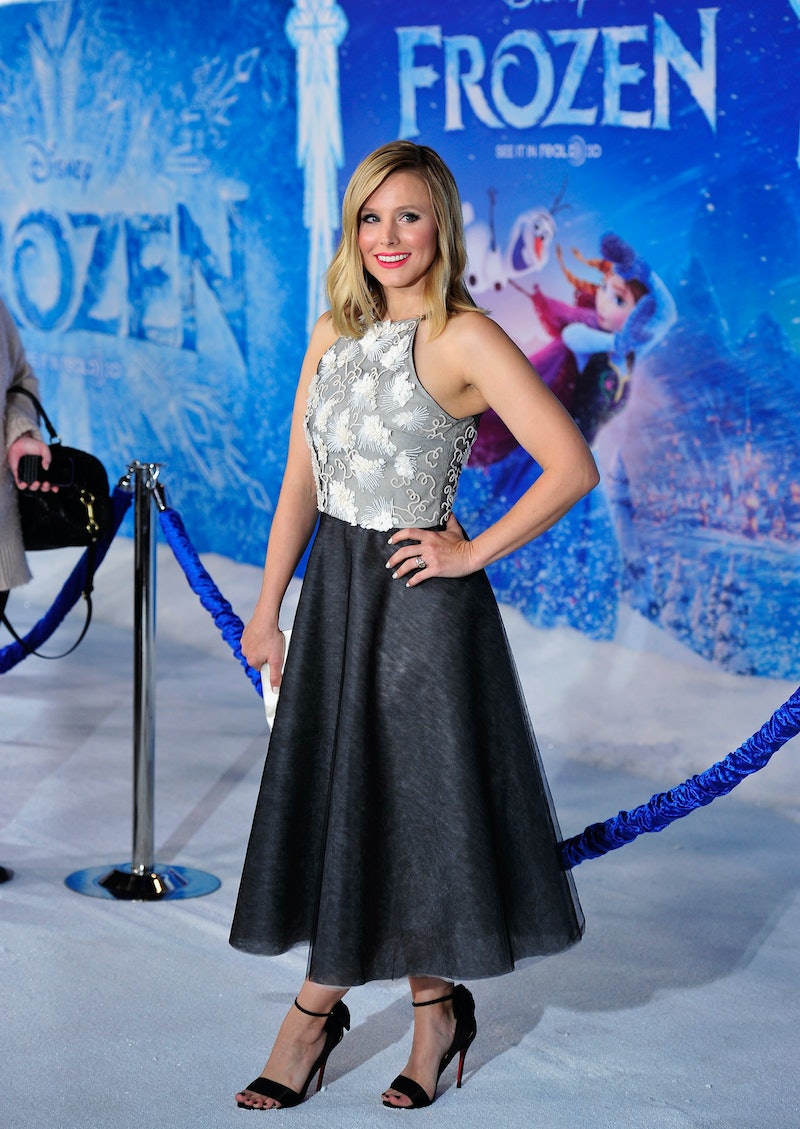 Frozen 2 is a go, is a goooo! (The obligatory “Let It Go” joke was going to happen eventually, so I figured it’d be best to just get it over with right out the gate.) According to Deadline, Disney CEO Bob Iger confirmed that there will be a sequel to Frozen. Joining Iger at the company shareholder meeting on Thursday were Frozen directors Jennifer Lee and Chris Buck, as well as actor Josh Gad. All three are reportedly on board for the second round of Frozen fun. But what about Anna? Though an official announcement has yet to be made, a source confirmed to The Wall Street Journal that Kristen Bell will indeed reprise her role as the youngest daughter of Arendelle's royal family. And thank goodness. I'm pretty sure the planet would turn into an ice ball out of protest if Bell wasn't brought on for the second installment.

K-Bell's involvement in Fro2 has always seemed like a safe bet; not only has the actress said time and time again that she’d be down to do another Frozen flick, but she's joked that she made up songs for a sequel. She isn't ready to let Frozen go, let Frozen g— AHHH, sorry. Let me try again: She's all about that ice, no treble.

When the Frozen 2 news broke on Thursday, Bell reacted accordingly: