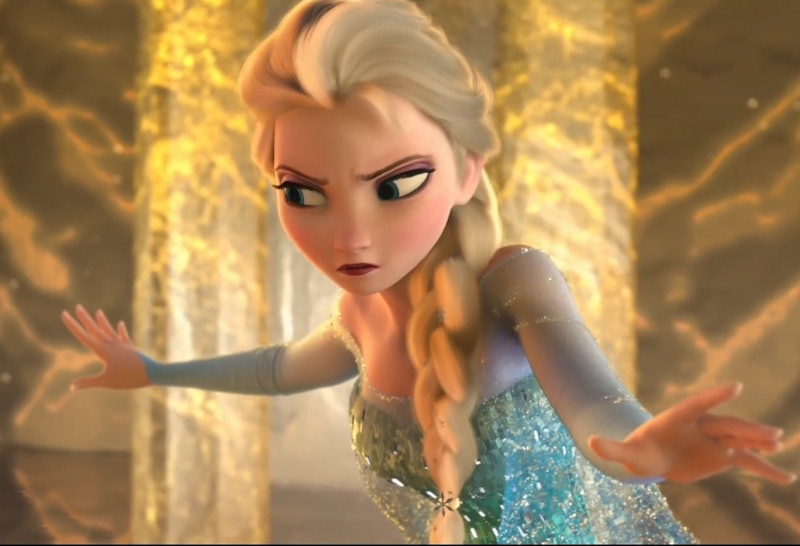 It's official: A Frozen sequel is happening. Variety reports that Disney announced plans to produce Frozen 2 at an annual shareholders meeting on Thursday, and the Internet is freaking out. There's been rampant speculation about a potential Frozen sequel practically since the first film hit theaters back in 2013 — especially following Idina Menzel's reported comments that seemed to hint at a follow-up project — and luckily for fans, it's now all happening.

The Frozen sequel has officially nabbed a green light, with directors Chris Buck and Jennifer Lee reportedly returning to develop the project. Additionally, Us reports that Josh Gad, the actor who voiced Olaf, will return to reprise his character.

Much of the speculation leading up to this announcement could be attributed to the fact that the first Frozen movie left fans with a lot of unanswered questions. However, Chief Creative Officer of Walt Disney and Pixar Animation Studios John Lasseter assures Frozen theorists that though there's no word on a release date, they'll find answers soon enough. “Jennifer Lee and Chris Buck have come up with a great idea for a sequel and you will be hearing a lot more about it and we’re taking you back to Arendelle. We are so excited about that," Lasseter said.

These are the burning questions we hope Frozen 2 helps clear up:

Where are Kristoff's parents?

Are the ice fishers his parents? Are his parents dead? Did he run away from home? No one actually knows.

It's still not clear how Elsa got her powers. The movie vaguely suggests that there may be some kind of curse running in the family, but if that's the case, didn't the parents anticipate that one of there kids would inherit the curse?

Why didn't anyone try to help her?

In the movie, Elsa's parents don't do much to help her, which seems odd because as royals, you'd think they'd have every resource available to them to help their kid be an active member of society and not hate herself. Instead, they make Elsa's powers a family secret and lock her in a room because a troll told them she might be cursed.

Can someone please explain the trolls?

How was it possible that when Elsa accidentally hit Anna with her powers when they were kids, that their father was like, "No prob, I know a guy," and immediately took the family to the troll elders for help? This needs to be explained.

Who took care of the girls when the parents died?

The movie conveniently skips over everything that could have happened between the time the king and queen die up until Elsa's coronation day.

Why did no one question Hans when he told everyone that Elsa was dead?

So everyone's just cool with it then?

Why did no one tell Anna about her sister's powers?

Anna and Elsa's parents start to sound like real jerks when you consider the fact that they kept Anna in the dark about her sister's powers and let her grow up thinking Elsa just hated her.

Does Elsa have the power to freeze things? Or can she also bring inanimate objects to life?

Wait. This is creepy.

Is Elsa actually a sinister agent looking to build an army of evil ice creatures and take over the world? Well, is she?!