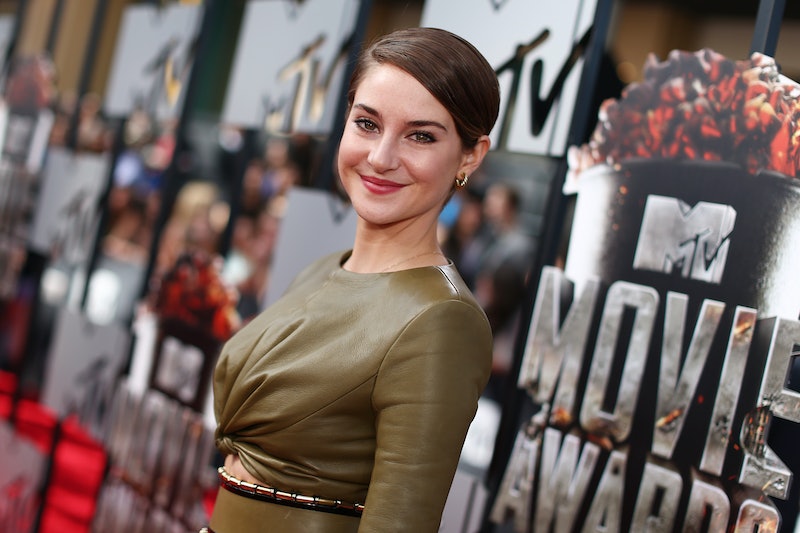 When she's not starring in blockbuster films, Shailene Woodley occasionally emerges from the gentle willow in the forest in which she lives to talk about her personal life. As the cover girl for the April issue of Elle, Shailene Woodley talked about her gentle, poetic approach to love. As she puts it, "When you're truly in love, for me, it's... you're my lighthouse!" If she ever wants to quit her acting career, she's got a good shot of penning ballads for Taylor Swift.

Woodley is known for being a spiritual nymph who's bound to the Earth and who somehow blew into Hollywood, so her views on love, while full of sunshine, are not exactly surprising. She told Elle that she is "all-loving," and that she loves people for who they are. She proclaimed with a Whitman-esque sense of enthusiasm:

"I never want to love like this," the actress says, holding her arms outstretched. "I always want to love like this." She thrusts her arms behind her back, pressing her chest forward. "Heart centered, like, 'This is who I am! And I love you if you love me for who this person is. And if not, I'll still love you, but I ain't fallin' in love with you!"

As for being vulnerable, Woodley isn't afraid, saying that she always gives her whole heart to people.

In an interview in summer 2014 with the Daily Mail, Woodley also expressed that she doesn't ascribe to the idea that love is controlled by age, talking about how she was deeply in love when she was 17:

I definitely had those feelings of lust and infatuation. The love that I experienced with him was true in that moment. As a teenager you’re not jaded, you are free to be vulnerable because you’re not putting up big walls.

As someone who was also SUPER in love when I was 17, I definitely can back her up. It's easy to love more willingly when you don't have student debt hanging over your head and you don't feel faded and jaded to the world.

But even though she's open as a window on a summer's day, Shailene told Teen Vogue last March that she hasn't had a relationship in over five years because her career has been so non-stop. But that doesn't mean she hasn't had her fair share of flings, because when Teen Vogue asked if she had ever hooked up with any of her co-stars after filming, she was coy and vague and wouldn't say yes or no either way (which obviously means yes).

Oh, Shailene, you have so much to give!! I hope you get a chance soon to give your big earthy heart to an equally poetic mountain man. I bet he'll play the lute.