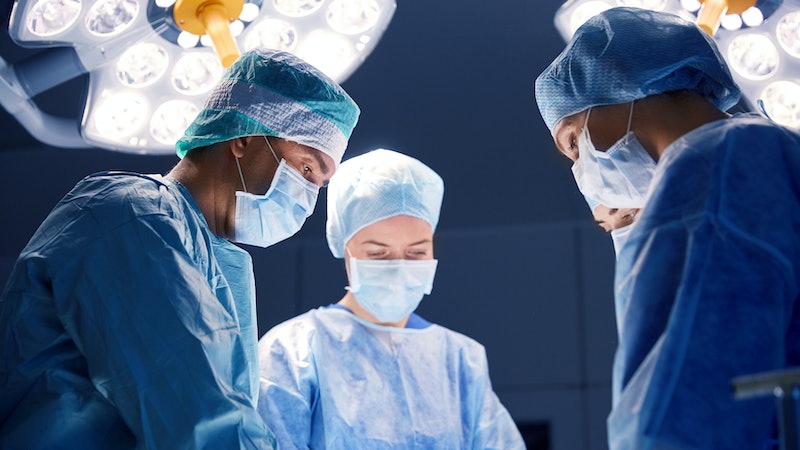 In a super depressing economic indicator, women are selling their body parts for cash. Think about it — what are some body parts that people don’t need in order to live? Hair, eggs, sperm, breast milk, a kidney, a portion of their liver, some intestines, an eyeball. What do most people need but are currently having a hard time obtaining? Money. You do the math.

Likely because of the lasting effects of the economic depression, more women are selling their corporeal assets. In fact, according to Nicholas Colas, a market strategist on unusual economic indicators for CovergEx Group, “In all but two quarters since the beginning of 2011, 'hair,' 'eggs,' or 'kidney' have been among the top four autofill results for the Google search query, “I want to sell my…” The fact that people even explore it indicates that there are still a lot of people worried about their financial outlook.”

So how many women will sell their eggs this year? It’s an impossible question to answer because there is no federal registry or national database that monitors the donation or selling of eggs. However, Shady Grove Fertility Center of Washington, Virginia, Maryland and Pennsylvania indicates that the number of donors is on the rise; the facility estimates a 13 percent increase in applicants from last year. Donors can receive around $6,000 to $8,000 for their egg donations, but the process involves self-administered hormone shots, daily ultra sounds, background checks, required therapy, and finally an egg retrieval surgery that could have painful side effects. Furthermore, the practice is fraught with controversy. Asian egg donors are usually paid more than Jewish egg donors, who are paid a lot more than black eggs donors, even though the American Society for Reproductive Medicine’s voluntary guidelines recommends that donors not be paid extra for “specific characteristics.”

Not into being cut open to make some cash? Cutting off your hair can also make you some serious money. Hair can be sold for thousands of dollars at buyandsellhair.com, though prices are usually in the triple digits. Not surprisingly, the most lucrative locks are blonde and/or virgin (meaning never dyed or treated). What is unexpected, however, is that men have been known to sell their hair as well. Don’t think your tresses have what it takes to become a wig? You can still sell them to be made into a tool for mopping up oil or food additives. Appetizing.

If you just had a baby, you are in luck. Breast milk, which has been dubbed “liquid gold,” has a growing market. New mothers can sell their excess milk for up to 5 dollars an ounce, though it typically goes for 1-2 dollars an ounce (the average six month old drinks roughly 30 ounces a day), which means that they can make from $900 to $4,500 a month. However, the catch with Craigslist-type sites for breast milk, like onlythebreast.com, is that there are no regulations ensuring sterilization of breast pumps or screening for diseases that can be transmitted through the milk.

Perhaps the most profitable way to make money off of your body is also illegal. A 1984 federal law banned the selling of organs, limiting the selling of kidneys to the black market, where the global average paid for an illegal kidney is $150,000. You would have to deal with some shady characters, go through intensive surgery at a makeshift hospital and receive only a small cut of the money, but hey, might beat your day job. If the sale of kidneys were made legal, it is estimated that they would sell for around $15,000.

How does this compare worldwide? Europe prohibits the sale of human tissue, including human gametes, and organ sales are banned in China and India. Wealthy people can go abroad (usually to Saudi Arabia, Taiwan, Malaysia and South Korea) for organs, while devastatingly poor workers sometimes have no other choice than to sell their organs. The increase of women in financial hot water who are selling their eggs, hair or breast milk is only a tame reflection of the desperation most face in the body-products-for-cash market.

Still…two grand for hair I don’t need? I’m thinking about it.