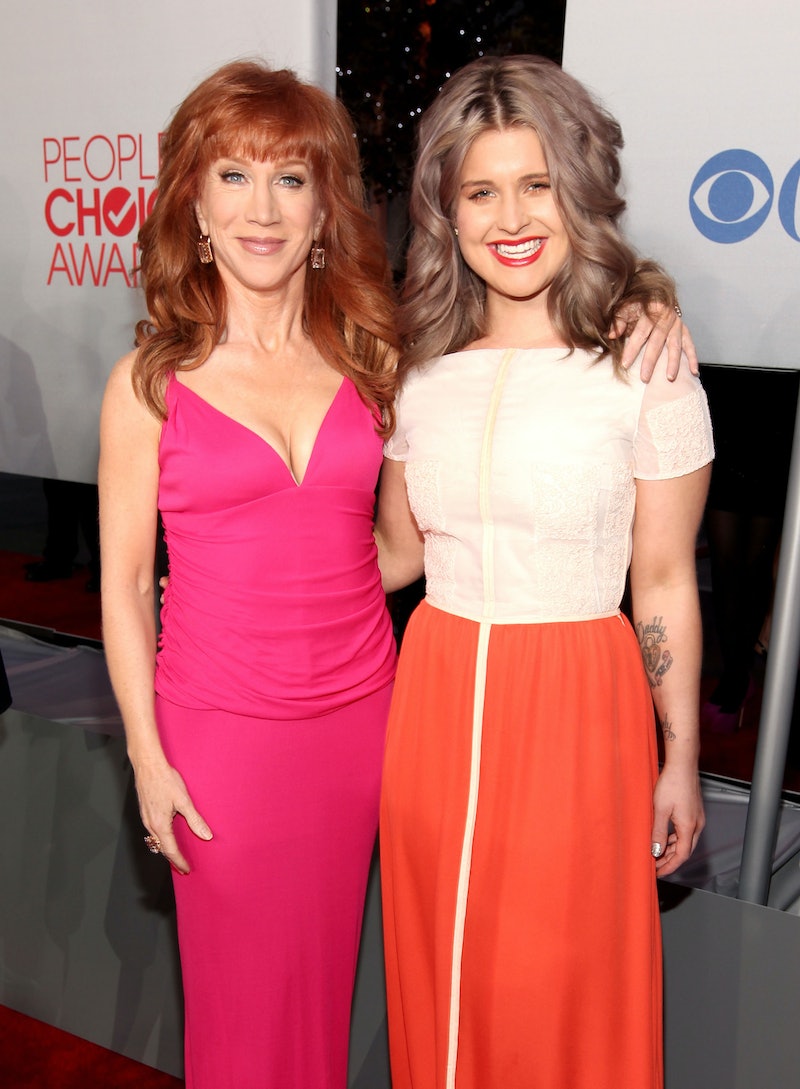 Just an hour ago, we learned that Kathy Griffin would be leaving 'Fashion Police' via a written statement on Twitter, after only seven episodes. Griffin, who took the place of Joan Rivers, claimed that the humor on the show did not match her brand of humor, which focuses on context. Griffin felt the show's jokes centered around unattainable beauty standards, something she felt did not align with her personal beliefs. And all I gotta say is, You go girl.

While I do watch Fashion Police to pick out the latest trends and see all the looks from awards season, I do feel that some jokes cross the line. Enter the Giuliana Rancic and Zendaya incident. For this reason, and well, because it seems like everyone is leaving the show (see: Kelly Osbourne's reason for her departure), I've compiled a list of five celebs who I think should be the new judges on Fashion Police. Of course, some of my picks are totally unrealistic, but hey, this is my dream team, okay?

There's been tons of rumors surrounding Khloe joining the show. Personally, I think that everything that comes out of Khloe's mouth is gold. She's hilarious and outspoken, and she herself has struggled with beauty standards that she's shared with the world. This girl gets it. Plus, we love how she can throw on a pair of Timbs and a flannel one day, and the next, rock a Lanvin gown.

If you don't follow Chrissy (I like to think we're on a first-name basis) on Instagram, do yourself a favor and do it now. Like, right now. Her posts are guaranteed to make you laugh. Remember when she poured milk all over herself? Super down-to-earth and always playing with her hubby, she's the perfect mix of fashionista and girl-I-want-to-be-my-best-friend.

Reality star turned fashion blogger Stassi Schroeder has said some pretty funny shit on Vanderpump Rules. "OMG. Scheana looks like two butterflies landed on her eyelashes and shit out a crayon." With 451K followers and a jewelry line in the making, she's got a fashion background that's beginning to flourish. Though she would have to reel back a bit on the bullying, I think she would have some funny one-liners.

Johnny Weir basically won the Winter Olympics with his incredible figure skating commentary and, of course, his memorable looks throughout. Johnny wasn’t just fashionable, though — he was also insanely witty and sharp.

Okay, so this is obviously in a dream, dream world. Mindy's too busy literally killing the game in every sense. Mindy's self-deprecating humor could add a different element to the show. How can we make fun of other people if we can't make fun of ourselves?! Plus, her Instagram is slowly but surely turning into a fashion diary. A killer outfit and a hilarious caption? I'm all for it, Mindy. Oh, and if you're reading this, will you be my best friend?

Perhaps with a more diverse cast, Fashion Police will turn into a show that we can enjoy without putting people down. While small digs and punches here and there can be funny (hey, we all do it), there's a line that shouldn't be crossed. Some of these potential judges may need to bite their tongue at times, but they'd truly make for some good TV.