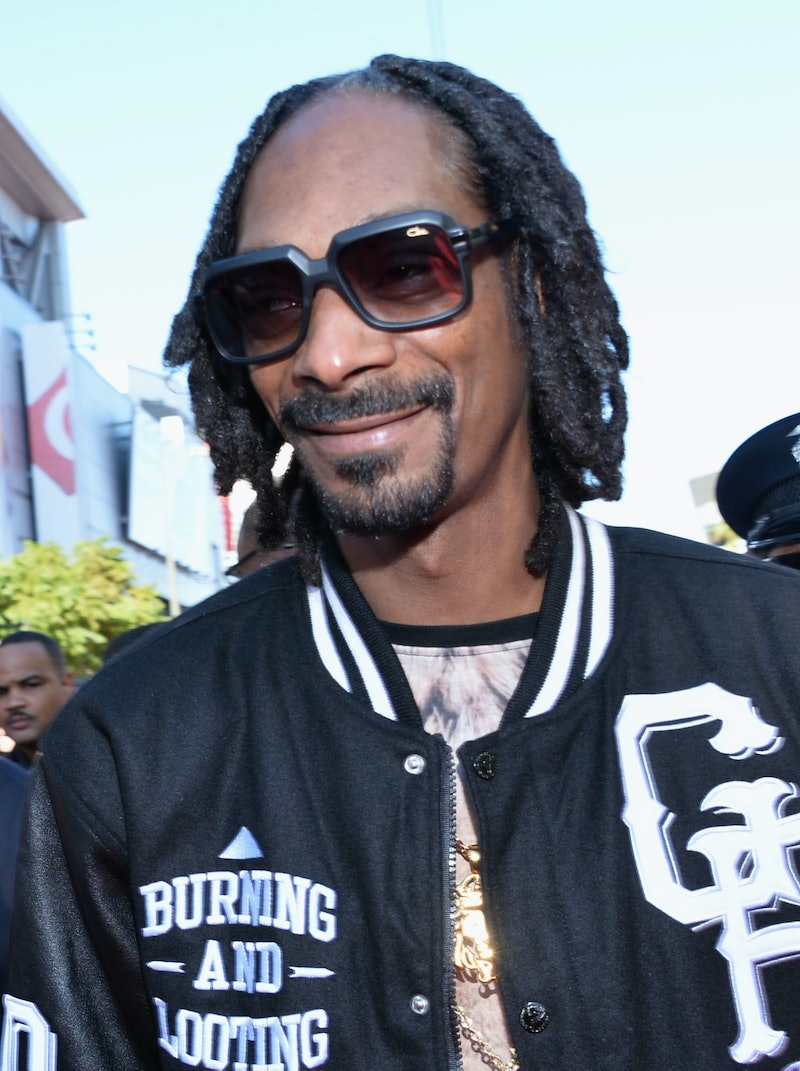 Putting aside the news of a new album for a moment though — Snoopzilla? This is kind of amazing. You can tell at this point that Snoop literally gives absolutely no shits about anything, because he's rich, has built a career on the fact that he can get away with smoking copious, ridiculous amounts of weed, and he made millions off a song where he literally just says "drop it like it's hot" a bunch of times over and over. If he wants to be named after a gigantic dinosaur, then so be it.

Anyway, on to the project: "7 Days of Funk" is a collaboration project with Dâm-Funk, and should be released some time in December. According to Snoopzilla, "We’re the babies of the Mothership. I’ve had funk influences in my music my whole career. Dâm-Funk is cold. He’s keeping the funk alive and I knew I had to get down with him." Fair enough, Snoopzilla.

You can check out their first single together, "Faden Away," below.