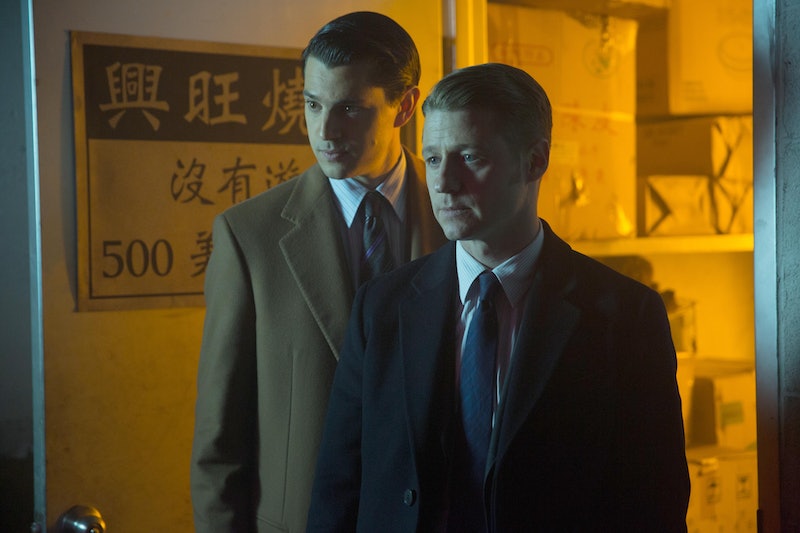 Gotham's first season is almost over, and in just 22 episodes it's been able to incorporate over a dozen original and canon Batman villains. But their inspirations ranged greatly, from the most famous bad guy of all, the Joker, to completely original characters like Fish Mooney. But most of the time, Gotham has ridden the middle, featuring Batman villains who are from the comic books, but aren't main characters, because then it wouldn't make sense that they'd be skulking around years before Batman emerges. It's the perfect balance, so all Gotham needs is some more bad guys who have previously served as minor characters, showing up in a single episode of the animated TV series or having a limited presence in the comics.

However there is one prerequisite for these villains: they can't become bad as a result of Batman, because Bruce Wayne is still in middle school on Gotham. So anyone who had a formative experience with Batman or another villain is out. No Talia al Ghul (daughter of R'as) or Harley Quinn (psychiatrist to the Joker). Who does that leave? Weirdos, wackos, and crooks who are known for using a distinctive prop or a fixation on a wild animal. Basically, perfect candidates for a standalone Gotham story.

Here are nine villains who would be especially exciting to see on the hit FOX series.

Gotham actually already dropped a reference to Pagan back during the Electrocutioner arc. She's a voodoo priestess who takes down sexual predators and rapists.

Because he's a young teenaged tech genius, he would fit in with the youthful vibe of the show. And since he's such a minor bad guy, you don't have to worry about aging him down. This could even be a bad guy that Bruce takes down on his own.

Like a version of Fagin from Oliver Twist, the Sewer King has a group of children that he uses as pickpockets all over the city. Since Gotham has already shown how many street kids are out there, including Selina and Ivy, this could be a great adventure for them.

Since the show has spent a lot of time establishing the divide between the morally bankrupt upper class and the oppressed lower class in Gotham, Warren White, a crooked banker, is a perfect example of the former.

Gotham is the perfect place for mad scientists like Professor Milo, who uses chemicals to cause mutations and transformations. In Batman: TAS, he even made a werewolf.

As a former mobster, we could meet the pre-transformation Croc, who could work for Falcone, Penguin, or Maroni.

A bad guy who uses rats to terrify the citizens of Gotham City sounds like a nightmare for the people of Gotham, but like the perfect mix of deranged and entertaining to follow in the footsteps of "The Goat" or "Balloonman."

In Batman: The Animated Series, he's a former Arkham Asylum guard who becomes a vigilante and isn't afraid to kill his targets. On Gotham, Arkham has been shown to be a place that employs pretty much anyone, from disgraced cops to inmates, so I bet a vigilante could make the cut.

As a mild-mannered puppeteer turned into a violent psychopathic mobster by his hand puppet, the Ventriloquist may be perfect for Gotham.