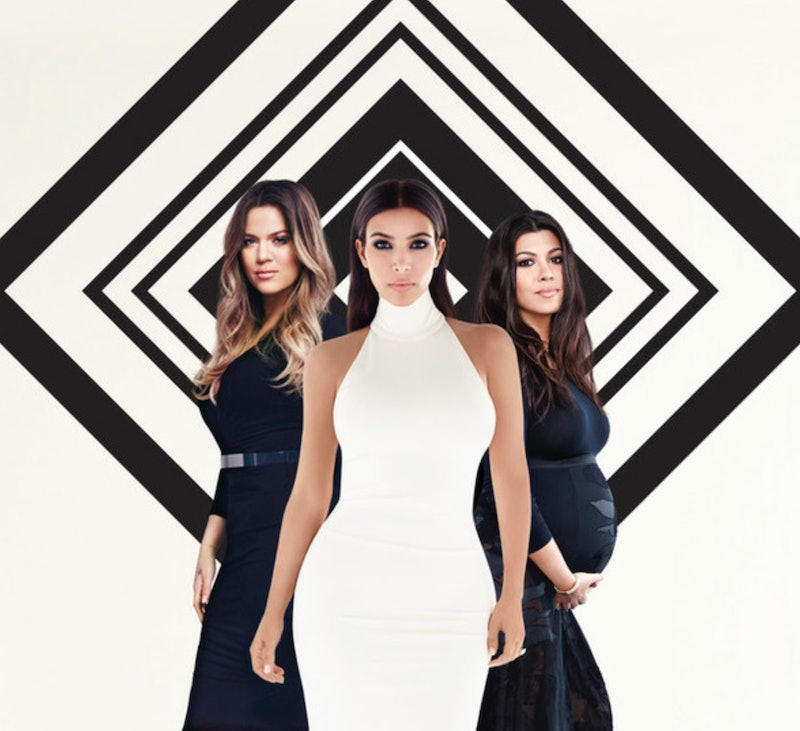 On one side of the vast area of Southern California that is the County of Los Angeles, the Kardashian-Jenner brood kicked off Season 10 of Keeping Up with the Kardashians Sunday night with a pool party AND a viewing party. About 30 miles east of where the royal family of the reality television kingdom resides, I celebrated the season premiere in my own Kristie way; while I watched the episode in my A/C-less apartment, I wished the glass of water sitting on the table in front of me would turn into a swimming pool. It’s so hot here. Why is it so hot here? It’s only March. I can't stop sweating. I'm going to lose my mind. This weather is my March Madness. Wait, wait! Don't go! I'm done talking about the weather. I promise. From here on out, it's all about KUWTK.

Here’s the Reader’s Digest rundown of the first episode of Season 10: Kim Kardashian is “so on a mission to get pregnant”; Khloe Kardashian boots French Montana out of the house; Brody Jenner says that if Kanye West and Reggie Bush were in a burning building and only one could be saved, he would rescue Reggie; Bruce Jenner hangs out with Kris Jenner’s pal, and though Bruce swears the hangouts are platonic, Kris's feelings are hurt; Kris and Bruce’s separation has driven a wedge between the Jenners and the Kardashians; in the middle of a photo shoot, Kim and Kanye go to the bone zone in a bathroom; the “Bruce on the loose” party happens; the “Kris J. needs a lei” family dinner happens; the “Kris needs a piss” party doesn't happen.

Oops, I omitted something from that list. Something major. Toward the beginning of Sunday night's premiere, THREE of my favorite reality television programs collided into each other. It was a most beautiful collision, indeed.

Over lunch at Casa Vega, Kris Jenner and longtime pal Faye Resnick discuss adjusting to post-divorce life. Yes, the Faye Resnick who played a major role in the infamous "Dinner Party From Hell" episode of The Real Housewives of Beverly Hills. And yes, the Casa Vega that was on Flipping Out . The restaurant renovation that seemed to last forever. The boulder Jeff Lewis had to roll up a never-ending hill. It was the uncredited star of the series.

Kris Jenner + Faye Resnick + Casa Vega. WHAT A COMBO. If someone gave that trifecta their very own show, I'd set up that season pass faster than you can say "guacamole." I can see it now: for forty minutes, Kris and Faye gossip over enchiladas and margaritas at Casa Vega. And for the last 20 minutes of the episode, a third reality TV personality would hop in the booth for an interview. It'd be a talk show held at a restaurant. The name: Morally Korrupt Chips & Dip.

Wow. I really outdid myself this time. I will Secret that idea until it becomes reality (show).