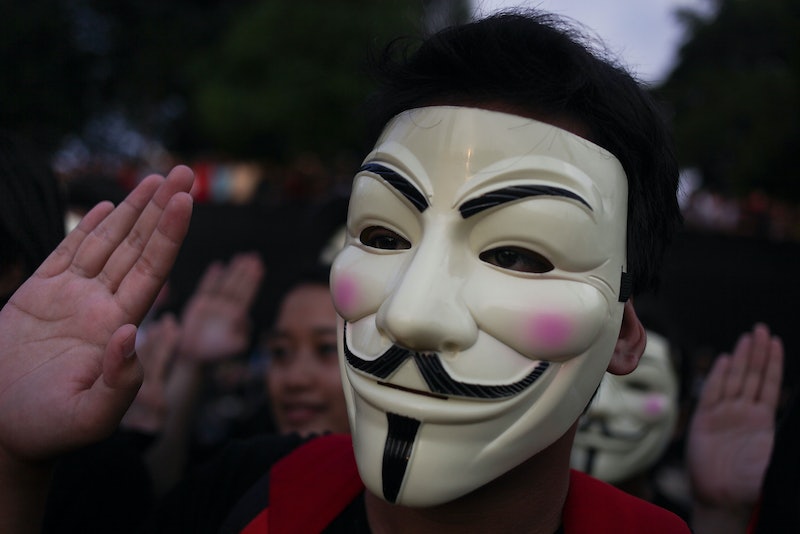 After a widely circulated Kansas City Star report, a vow of revenge from hacktivist group Anonymous, and a flurry of media activity over allegations that members of the Maryville, Missouri football team raped two underage girls, a second alleged victim has now come forward to share her story Wednesday. Paige Parkhurst, who was 13 years old on Jan. 8, 2012, says she was sexually assaulted after she and her friend, Daisy Coleman, were plied with alcohol at football player Matthew Barnett’s house.

Parkhurst told Al-Jazeera that “[Coleman] couldn’t walk, couldn’t talk, and just was talking like a baby pretty much.” Coleman, then 14, was apparently left outside her house in freezing weather after the assault until her mother found her in the morning. Barnett, who was 17 at the time, is the grandson of former state representative Rex Barnett.

Even though the county prosecutor’s office dropped sexual assault charges after only two months, County Sheriff Darren White has publicly defended his own department’s handling of the case. In an interview with CNN’s Erin Burnett, White says he never personally saw video evidence of the attack from a phone, even Burnett played audio between him and Coleman’s mother “in which he said authorities could not pull information from the phone.”

Parkhurst says that the authorities’ investigation was flawed and confusing.

“They were really blaming us for it. They dropped all of the felony charges and then didn’t tell us about it,” Parkhurst says. “But then they wanted to pick up a misdemeanor, but our rape advocate told us not to go because it was going to be a very bad interview.”

Lt. Gov. Peter Kinder and House Speaker Tim Jones have spoken out, issuing statements urging the state attorney general and the county prosecutor to revisit the case in a grand jury.

In separate interviews conducted with both White and the girls and their mothers, there seem to be disputed facts.

“Before the charges were dropped, White said, Daisy twice invoked her 5th Amendment right against self-incrimination and declined to answer questions about the alleged rape. A 13-year-old girl who also was allegedly raped during the same incident ‘never showed up any time,’ White said,” according to the Los Angeles Times.

But Coleman’s mother, Melinda, denies those claims, calling them “a total lie.” She says that in a 2012 deposition, Nodaway County Prosecutor Robert Rice was more focused on criticism of the case than the actual assault itself. And Coleman says allegations that she wouldn’t cooperate with authorities after a fire suspiciously destroyed her house in Maryville (she had previously moved her family back to their hometown because of relentless bullying, she says) are fabricated as well.

The case’s global attention reached its peak when #Justice4Daisy became a Twitter trend yesterday, mainly because of hacktivist group Anonymous’ involvement in spreading the word and vowing revenge upon the alleged perpetrators and the town of Maryville.

Today, an ex-Anonymous member says YouTube has censored a video posted about the movement for Daisy. Despite Anonymous’ threats, White says, “They all need to get jobs and quit living with their parents.”

More like this
Joe Lycett Just Took HIs David Beckham Qatar Protest To A Whole New Level
By Sophie McEvoy
Iran Has Issued A Death Sentence Over Mahsa Amini Protests
By Catharina Cheung, Darshita Goyal and Maxine Harrison
Amanda Gorman Shared A Powerful Message On Meghan Markle’s Penultimate Podcast
By Darshita Goyal
Footballer Jake Daniels Shared His Thoughts On A World Cup Boycott
By Sam Ramsden
Get Even More From Bustle — Sign Up For The Newsletter