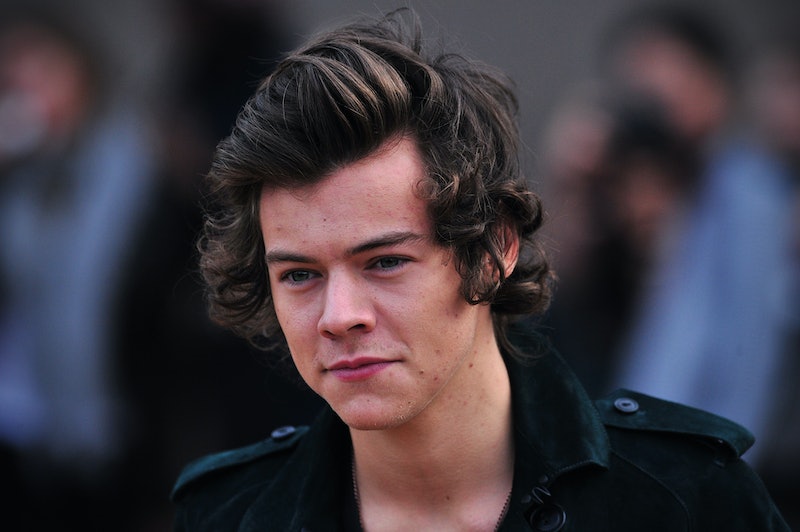 When it comes to Harry Styles, I could probably write a book about why he's my favorite member of One Direction — and favorite member of society in general. Not only is he talented, funny, and obviously a feminist, but who can deny how good looking he is? Between that face and that curly hair, he's ridiculously cute — inside and out. How do I know? I've never met Styles myself (regretfully), but there's too much evidence pointing to the fact that he's the sweetest guy on the planet to believe anything else. Between the way that he treats his fans, how he treats his bandmates, and the things he says in interviews, it'd be hard to deny that Harry Styles is just as nice in real life.

I don't want you to just take my word for it, though. There's plenty of proof that he's the nicest guy most of us will never meet. Even when he thinks nobody is watching, Styles goes above and beyond to be the kindest person he can be. And really, isn't that all we want out of our pretend boyfriends? There's a reason that the world loves Harry Styles, and it's because he's nice almost to the point of being inhuman.

He's sweet to his mom

I judge people by the way they treat their parents. You can especially tell a lot about a guy by the way he interacts with his mother, and since hitting it big, Styles has done nothing but take good care of his mom. In fact, in 2012, he even bought his mom a house so she wouldn't have to worry about paying for a place to live, and as you can probably assume, it's a really nice house.

And Styles didn't tell anyone except for his pal, Ed Sheeran, who was happy to share his good deed with the world. As Sheeran tells it, Styles had a day off and decided to spend it driving around giving out a ton of pizza to homeless people in the Los Angeles area. Such a sweet and selfless thing to do. Nobody's going hungry on Styles' watch!

He treats his fans well

Including this fan who had a panic attack upon meeting him. Instead of getting freaked out, Styles stayed calm and offered her a hug. If you ever meet him, chances are you'll come away from the experience feeling like you just met an actual saint.

And don't forget to wear your seatbelt!