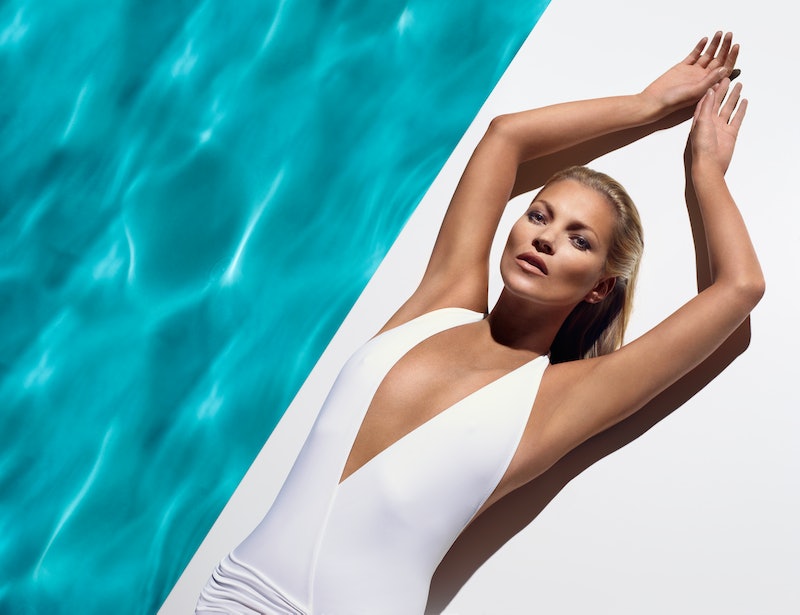 Kate Moss is a fashion designer, a model, a singer, and we've even found out that she talks, too. But the 39-year-old is not done: Kate Moss will sign on as a contributing editor for British Vogue this spring. It's worth noting here that Moss has graced the cover of British Vogue more than 30 times (in addition to 300 of its international editions). That's the case with all the staffers, right?

"I am absolutely delighted that Kate is going to work with us in this new role," said British Vogue Editor-in-Chief Alexandra Shulman. "Her undoubtedly brilliant sense of style, depth of fashion knowledge and understanding of what makes a wonderful image will be exciting to see on the pages of British Vogue. I am really looking forward to working with her on ideas."

This isn't Moss' first stint as a guest editor in the Vogue family; in 2005, the supermodel contributed to an issue of Vogue Paris.

Moss will have full creative direction as a British Vogue editor, choosing her own models and photographers for her stories.

Moss has not yet come out publicly to comment on her new gig, but Sarah Doukas, founder of Storm Models, Moss' representative agency, say that they are delighted. "This is a natural development in her remarkable career. Bringing her unique sense of style and creative sensibility to Vogue is the perfect fit. She is the definitive Vogue cover girl."

This is Moss' second big announcement this month: Moss also revealed she'd be returning to Topshop for a new collection in April. She continues to be the face of Lonchamp, and is a beauty ambassador for Rimmel cosmetics.