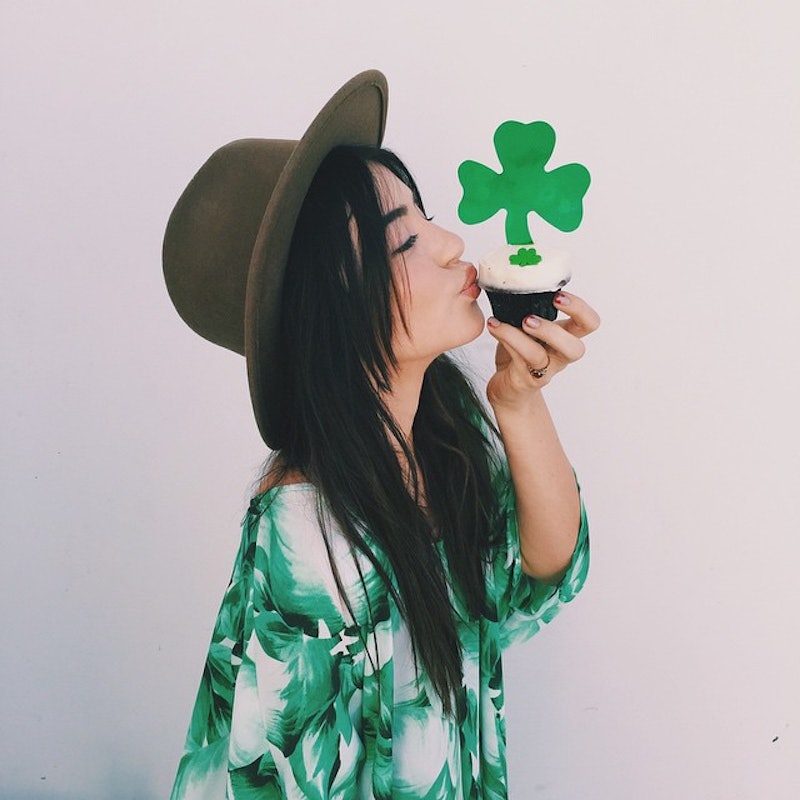 There are very few holidays throughout the year that are as thoroughly satisfying as celebrating St. Patrick's Day. In fact, I'd venture to say that nobody feels as calm and complete (and, yeah, a little hungover) as they do the day after on March 18. That's because, while it's often seen as a marathon of alcohol consumption and the occasional offensive t-shirt slogan, St. Patrick's Day is also a celebration in healing, sharing, and ultimately, cleansing. (Was that its original purpose? I don't think so. It was more about celebrating Saint Patrick and his victory over the army of snakes that he drove out of Ireland, right? Must Google later...)

Because we spend the day eating, drinking, and being merry, the night often ends in bickering, puking, and being in pain. But then, the next day is a sparkling fresh start — with us having purged the toxic materials and thoughts that had been occupying the body and mind the evening before. It's just what we need as we enter the spring season. With new life abloom all around us, we can appreciate the clean slate given to us by March 17. Not convinced yet? Here are all the reasons St. Patrick's Day is the best holiday of the year.

1. Because this holiday is super low-maintenance

All you need is something green. You don't need to bring a gift, or any sort of specific accessory in order to celebrate properly. You just need a green something and an empty belly to hold all the booze.

2. Because the Shamrock Shake exists

I mean, it's an artificially flavored masterpiece, and it should really be available year-round. It's THAT delish.

3. Because it makes everyone proud of their roots

And it often turns into a competition within each group of friends to see who the most Irish person is. Why? No idea. But it's a given.

4. Because it leads to intense emotional sharing

You either get chummy or shout-y, and often times, both. But it's great, because this is a night when you can let it all out and move on the next day, having remembered none of it.

5. Because drinking is encouraged

Actually, it's expected. And sort of required. All the Irish kids are doing it, so....

6. Because Guinness and whiskey are the stars

How often do these two delectable beverages get to take center stage? The word "whiskey" literally translates to "water of life" in Irish Gaelic, so that's awesome. And Guinness tastes like an adult milkshake, so it's meant to be enjoyed in large quantities by all.

8. Because EVERYONE is hungover the next day

It's like the Monday after the Super Bowl. You're all in this together. And until they make the day after St. Patrick's Day an observed day off from work, you can all be expected to slack a little bit. Cheers to that.

Images: Show Me Your Mumu/Instagram; Giphy (8)

More like this
25 Quotes About Love To Share During Pride Month 2022
By Madeleine Aggeler and Emma Garza
The True Meaning Behind Each Hand Emoji
By Bustle Editors and Emma Carey
Here's Your Daily Horoscope For May 25, 2022
By Mecca Woods
All The Astrological Events Happening In June
By Nina Kahn
Get Even More From Bustle — Sign Up For The Newsletter