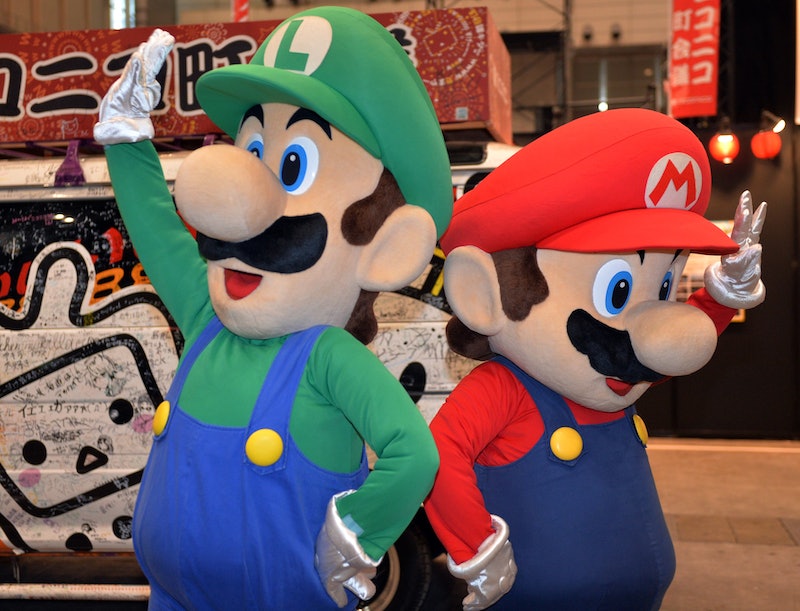 Miss your old Nintendo games from the '90s? Get ready for round two. On Wednesday, during a joint presentation with Nintendo president Satoru Iwata and Japanese mobile company DeNA, Iwata announced that Nintendo would begin turning old classics into smartphone games with the help of DeNA. First up: Super Mario.

Nintendo is well aware that annual operating profit is likely to be cut in half due to decreasing numbers of console sales, NBC News reports. For a while, investors have pushed Nintendo to start focusing on smartphone gaming apps — which is where it's lost a large chunk of its customers, along with rival consoles like PlayStation and Xbox.

For years, Nintendo scoffed at the suggestion of entering the smartphone stratosphere, The Boston Globe reports. Now, likely to the relief and excitement of Nintendo fans, it’s finally biting the bullet. Nintendo also said it would create a global membership services for devices including computers, smartphones, and Nintendo consoles, which is set to launch in Fall 2015. Said Iwata during the presentation:

Nintendo has decided to utilize smart devices aggressively. Now that smart devices have grown to become the window for so many people to personally connect with society, it would be a waste not to use these devices.

The games that are about to hit smartphones won’t just be the old game transferred onto a phone, either; Nintendo says it plans to redevelop games so they’re specialized to the smartphone. And while Super Mario may the most classic of Nintendo games and thus a logical choice to be the first to bring back on mobile, there are a lot of other Nintendo games that came to mind when I heard the company’s announcement that it’s going to start bringing its games to mobile.

Goldeneye is arguably the best James Bond game around, and is considered to be one of the best first-person shooter games ever made. The fact that James Bond movies just keep on coming is proof that it likely won’t get old any time soon.

Super Smash’s array of characters other beloved Nintendo games — like Mario, Fox, Link, Kirby, Samus, and Pikachu — put into classic levels compiled from other games to duel just hasn’t gotten old since its introduction in 1999.

We probably all played Pokemon at one time or another on our Game Boys, and were likely pretty hooked on it. Besides trying to collect all 150 Pokemon and become the best trainer in the world, the game also let you trade and battle with your friends.

Mario Kart is an absolute classic, and racing your friends while on the train to work would be crazy fun.

This game follows Fox McCloud and a whole crew of animals as they adventure around an outer space land. Talk about a good way to spend some time scrolling around your phone.

6. The Legend of Zelda

This fantasy adventure game sticks Link with the task of rescuing Princess Zelda. The game involves everything from action and adventure to solving puzzles.

A racing game that somewhat resembles Mario Kart, but with a whole different set of characters, plus the option to drive a car, hovercraft, or an airplane, and an adventure mode.